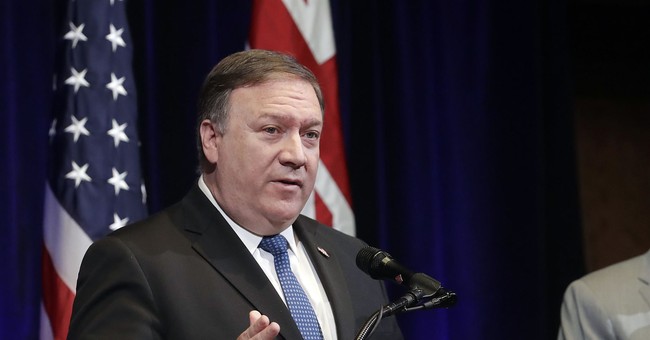 “Brunson needs to come home, as do all the Americans being held by the Turkish government,” Pompeo told the press prior to his side meeting with the foreign minister at a Southeast Asian security conference. “It’s pretty straightforward. Pastor Brunson is an innocent pastor and they need to let him return to the United States.”

The White House imposed sanctions on Turkey earlier this week over the detention of Brunson, an evangelical pastor from North Carolina.

“The Turks were on notice that the clock had run and it was time for Pastor Brunson to be returned and I hope they’ll see this for what it is, a demonstration that we’re very serious,” Pompeo said. “We consider this one of the many issues that we have with the Turks.”

“We are going to work to see if we can find a way forward,” he emphasized. “I am hopeful that we can.”

Pastor Brunson was arrested in Izmir, Turkey in October 2016, and was accused without any evidence of helping terrorist groups and of engaging in espionage. He was recently moved from prison to house arrest.

"We’ve seen no evidence that Pastor Brunson has done anything wrong and we believe he is a victim of unfair and unjust detention by the government of Turkey," White House Press Secretary Sarah Huckabee Sanders emphasized to reporters Wednesday.

Following the meeting, State Department spokeswoman Heather Nauert said that Pompeo “had a constructive conversation" with Cavusoglu and they"agreed to continue to try to resolve the issues between our two countries."

Cavusoglu told Turkish press that the meeting was "constructive," but also spoke out against the sanctions.

“We have said since the beginning that threatening language and sanctions will not get any result,” he said. “We have repeated this today. We think this is very well understood.”