Speaker Ryan Says Putin Will Not Be Invited to Address Congress 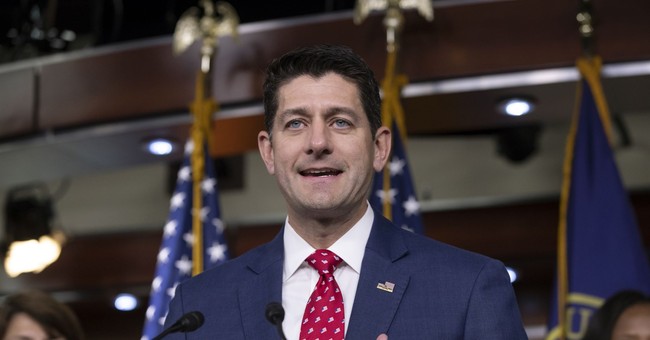 House Speaker Paul Ryan (R-WI) told reporters Tuesday that he will not be inviting Russian president Vladimir Putin to address a joint session of Congress if Putin comes to the White House in the fall.

“We certainly will not be giving him an invitation to do a joint session,” Ryan said. “That’s something we do for our allies.”

Reporter: Are you comfortable with Putin coming to Washington? @SpeakerRyan: “I’m comfortable having presidents sit down with foreign leaders. What matters is the message. I think we can always be tougher on that message" #tictocnews pic.twitter.com/Ee509gsW7G

Ryan added that he had no problem with President Trump meeting with Putin, but the important thing is the message Trump sends.

“What I think matters is the message,” Ryan emphasized. “If the message is stop meddling in our country, stop violating our sovereignty, then I support that.”

"I think we can always be firmer on that message," he added.

In response, House Minority Leader Nancy Pelosi (D-CA) called on Speaker Ryan to promise that a “thug like Putin” would not address a joint session of Congress. She also speculated that Putin had some sort of compromising information on President Trump, calling him Trump’s “puppeteer.”

Pelosi was among the many high-ranking Democrats, along with some Republicans, who criticized President Trump’s remarks at a press conference last week following the Helsinki summit where he seemed to downplay Russian interference in the 2016 presidential election. Trump later clarified that he agreed with the U.S. intelligence community’s assessment of the issue.