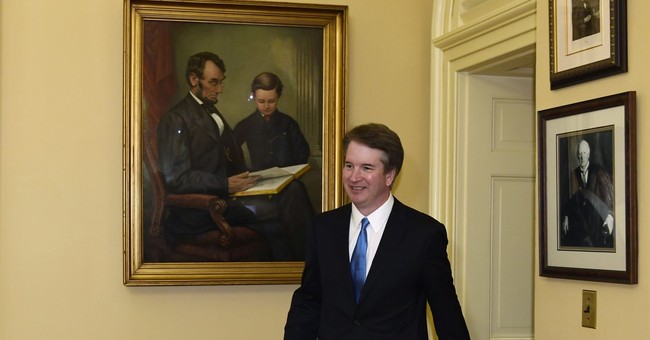 “We'll be DAMNED if we're going to let five MEN—including some frat boy named Brett—strip us of our hard-won bodily autonomy and reproductive rights,” they wrote in a tweet.

The group’s tweet was criticized and many also pointed out that Roe v. Wade was decided by seven men in the first place.

'Fratboy'? I'd tell NARAL to grow up, but they're literally against that sort of thing. https://t.co/B5nT3weajm

Seven men gave you Roe. And calling a longtime DC Circuit Court of Appeals judge a "frat boy" just makes you look like the sexist pigs you are. https://t.co/Ks82ckShrQ

NARAL was not the only one to go after Judge Kavanaugh’s first name rather than his record. Late-night comedian Stephen Colbert joked that Kavanaugh’s name “sounds less like a Supreme Court justice and more like a waiter at Ruby Tuesday.”

In addition to the criticism for being named Brett, Judge Kavanaugh also faced criticism from CNN for being a white man.