CNN Critiques Kavanaugh For Being White

Marina Medvin
|
Posted: Jul 11, 2018 12:01 AM
Share   Tweet
The opinions expressed by columnists are their own and do not necessarily represent the views of Townhall.com. 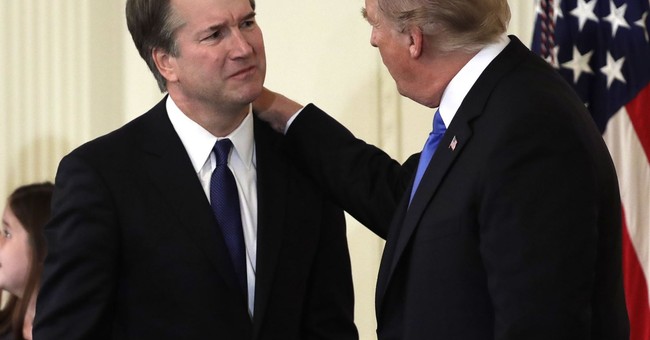 Within 15 minutes of President Trump nominating Brett Kavanaugh, CNN published an article critiquing Kavanaugh for being just another white man, and adding him to a long list of white men who served on the Supreme Court.

The crux of the article is that racial and gender diversity matters because the Court's decisions affect diverse people and their concerns should be represented on the bench. We presently have three women on the Supreme Court bench, CNN enumerated, but only one black man.

Apparently unbeknownst to CNN, skin color is not a consideration in a Supreme Court nomination - at least not for a conservative President.

The great Justice Scalia said it best when he wrote: "To pursue the concept of racial entitlement--even for the most admirable and benign of purposes--is to reinforce and preserve for future mischief the way of thinking that produced race slavery, race privilege and race hatred. In the eyes of government, we are just one race here. It is American."

And so, it is strict adherence to the American Constitution, textualism, and proven track record that conservative Presidents consider in selecting an American justice.

President Trump hence selected a highly experienced and proven candidate, who is also as American as apple pie. Unlike CNN, President Trump did not deduct penalty points based on the color of Kavanaugh's skin.

Whether it is white Kavanaugh or black Thomas, a conservative judge is selected based on the content of his character, not on the color of his skin.

Or, is that just a ruse?

After all, for a network so concerned with getting racial diversity on the bench, we should see significant celebration about Justice Clarence Thomas, who is black. But we see the opposite - just two profiles on this exceptional man in the past decade. Why is that? Oh right. Because he's a black Conservative - a cardinal sin in the liberal world. Instead, we see prolific writing about Ruth Bader Ginsburg and Sonia Sotomayor, two liberal non-black women.

Interestingly enough, of the six "diverse" justices who sat on the Supreme Court bench, five were liberal.

So is CNN really championing diversity, or is CNN championing liberalism under the guise of caring about diversity?