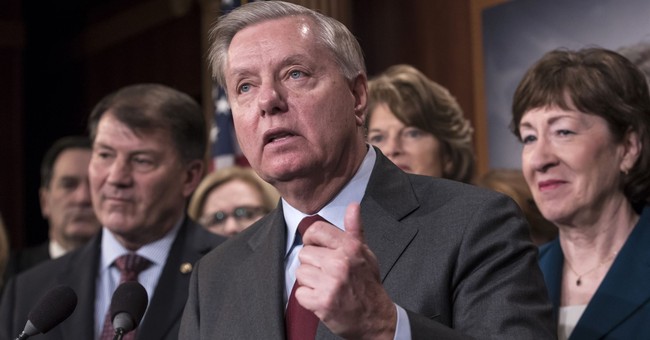 Sen. Lindsey Graham (R-SC) announced Thursday that he would vote to confirm Gina Haspel as CIA director despite the opposition of his colleague and close friend, Sen. John McCain (R-AZ).

"I intend to support Gina Haspel to serve as the first female Director of the CIA," he said in a statement. "Ms. Haspel has rejected the interrogation policies of the past. She is fully committed to following the law that prevents future abuses. This law, among others, includes the Detainee Treatment Act which I helped author. Gina Haspel should be confirmed as soon as possible as we live in a time of continuing threats."

Sen. McCain released a statement Wednesday urging his colleagues to oppose Haspel due to her past involvement in the CIA’s enhanced interrogation program.

"I believe Gina Haspel is a patriot who loves our country and has devoted her professional life to its service and defense,” he wrote. “However, Ms. Haspel’s role in overseeing the use of torture by Americans is disturbing. Her refusal to acknowledge torture’s immorality is disqualifying. I believe the Senate should exercise its duty of advice and consent and reject this nomination."

During her hearing Wednesday, Haspel told senators that she would not take the CIA back to an enhanced interrogation program.

"Having served in that tumultuous time,” she said of the post-9/11 techniques. “I can offer you my personal commitment, clearly and without reservation, that under my leadership on my watch CIA will not restart such a detention and interrogation program.”

“I’m not going to sit here with the benefit of hindsight and judge the very good people who made hard decisions who were running the agency in very extraordinary circumstances at the time,” she added.

Khalid Shaikh Mohammed, the mastermind of the 9/11 terror attacks, sides with Democrats and McCain in opposing Haspel’s nomination. He has asked a judge at Guantánamo Bay for permission to share information about Haspel with the Senate Intelligence Committee.

The president’s son, Donald Trump Jr., was not surprised by that news.