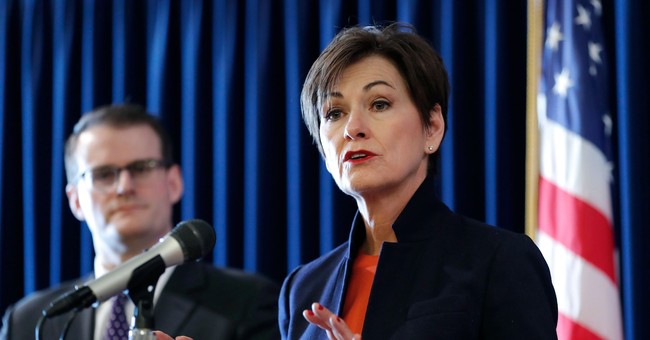 Iowa Gov. Kim Reynolds (R) signed a bill Friday that bans most abortions after a fetal heartbeat is detected which is often as early as six weeks into the pregnancy. This ban is now one of the strictest abortion restrictions in the country. Planned Parenthood and the American Civil Liberties Union have already promised a court challenge on its constitutionality.

"I'm pro-life. I'm proud to be pro-life. I've made that very clear," Reynolds commented prior to announcing that she would sign the legislation Friday.

Planned Parenthood of the Heartland President Suzanna de Baca called the efforts to pass the heartbeat bill “shameful” at a rally at the Iowa State Capitol.

“It’s shameful that when Planned Parenthood heard lawmakers were introducing legislation to ban abortion, we were outraged – but we weren’t surprised,” she said. “But I think many of us still never expected that Governor Reynolds would so swiftly jump to sign a bill that is so clearly unconstitutional.”

“I am here to tell her, Gov. Reynolds, if you sign this bill, Planned Parenthood will see you in court,” she emphasized. “We will challenge this law with absolutely everything we have on behalf of our patients because Iowa will not go back.”