Kanye West Responds to Backlash Over His Comments on Slavery 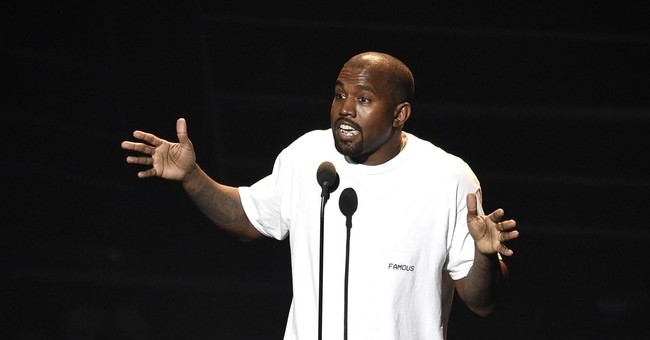 Rapper Kanye West, who has been facing intense backlash over his support for President Trump, stirred up new controversy Tuesday in an interview with TMZ when he described slavery as a “choice.”

“When you hear about slavery for 400 years, for 400 years? That sounds like a choice,” Kanye said Tuesday. “Like, you were there for 400 years and it’s all of y’all? It’s like we’re mentally in prison. I like the word ‘prison’ because slavery goes too direct to the idea of blacks.”

“Prison is something that unites us as one race, blacks and whites being one race,” he continued. “We’re the human race.”

West also defended his support for Trump in the interview.

“Trump is a human being also, and he’s in a very powerful position, and he’s doing a lot of things to actually help business owners be able to go past all these fake laws and rules,” he said, “I mean, Candace can give you the facts better than that, but we need to speak to people…Why can’t it be OK for an influential rapper in the black community to go up to the president and talk to him about how we can make a change?”

"So I understand the need to have free thought,” he concluded, “but if your thoughts aren't researched, that is just going to hurt those that are still in conditions where it's not choice."

Kanye was defended, however, by fellow rapper The Game who tweeted that “Kanye’ is a genius. People who’ve never achieved greatness are not allowed to question it.”

West went on to defend his slavery comments in a series of tweets Tuesday evening.

“We need to have open discussions and ideas on unsettled pain,” he tweeted. “to make myself clear. Of course I know that slaves did not get shackled and put on a boat by free will. My point is for us to have stayed in that position even though the numbers were on our side means that we were mentally enslaved. They cut our tongues so we couldn’t communicate to each other. I will not allow my tongue to be cut.”

“We are programmed to always talk and fight race issues,” he added. “We need to update our conversation. the reason why I brought up the 400 years point is because we can’t be mentally imprisoned for another 400 years. We need free thought now. Even the statement was an example of free thought it was just an idea. once again I am being attacked for presenting new ideas.”