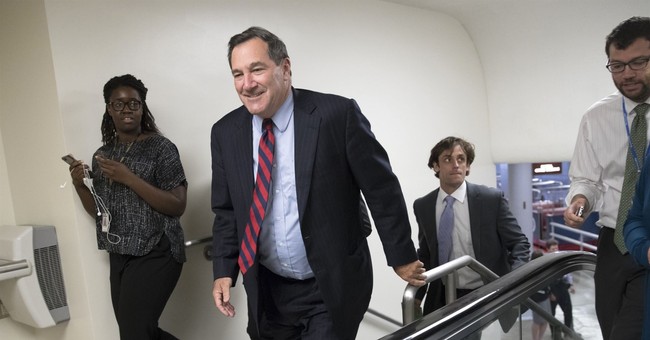 Sen. Joe Donnelly (D-IN) announced Monday that, after meeting with CIA Director Mike Pompeo, he will support him as secretary of state.

"We need a Secretary of State who will give the president an honest assessment on critical issues, including Russia, Syria, and the defeat of ISIS. I believe Director Pompeo is capable of advancing U.S. interests and leading the State Department," Donnelly said in a statement.

Joe announced his support for the nomination of Mike Pompeo to be Secretary of State. READ Joe’s statement: pic.twitter.com/ASsYpX869k

Donnelly is now the third Democrat to announce his support for Pompeo, after his colleagues Senators Heidi Heitkamp (D) and Joe Manchin (D), both from the Trump-supporting state of West Virginia, did so as well.

While Pompeo has the votes to be confirmed this week, it looks like he will not have the support of the Senate Foreign Relations Committee, something which hasn’t happened to a secretary of state nominee since 1945.

He also faces opposition from a fellow Republican, Sen. Rand Paul, who disagrees with his foreign policy positions. Paul is expected to join with 10 Democrats on the Foreign Relations Committee to oppose Pompeo.