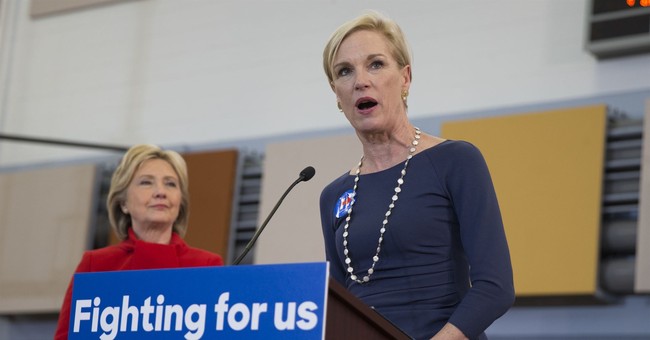 Cecile Richards, the outgoing president of the nation’s largest abortion provider, has a new book coming out in April: “Make Trouble: Standing Up, Speaking Out, and Finding the Courage to Lead--My Life Story.” Her book already has some reviews from big names on Amazon including twice failed presidential candidate and former first lady Hillary Clinton.

Clinton writes that in the book, “with humor, heart, and hope, Cecile Richards offers practical advice and inspiration for aspiring leaders everywhere.”

“For more than a decade,” Clinton says fondly, “America has known Cecile Richards as the fierce and fearless president of Planned Parenthood. Make Trouble offers a window into her life: the early organizing effort that landed her in the principal’s office; the historic campaign of her mother, Ann Richards, for governor of Texas; her courageous leadership on behalf of women; her travels during the 2016 presidential election; and the lessons she’s learned from the outpouring of activism America has seen since.”

In her review, feminist Gloria Steinem called Richards “the best teacher on earth—someone you trust.”

“With insight and humor, Cecile Richards offers a call to action for aspiring organizers and leaders,” she wrote. “A must-read for anyone hoping to make a difference and trying to figure out where to start.”

“Cecile Richards has always been willing to act up, if need be, to make a difference,” he wrote. “Make Trouble is more than a memoir, it’s a how-to manual for effecting change.”

Parker, who made a round of media appearances this past year, argues that when pro-lifers express concern over the disproportionately high rate of abortion in the black community they are trying to control every woman’s fertility as part of a larger plot to preserve white privilege.