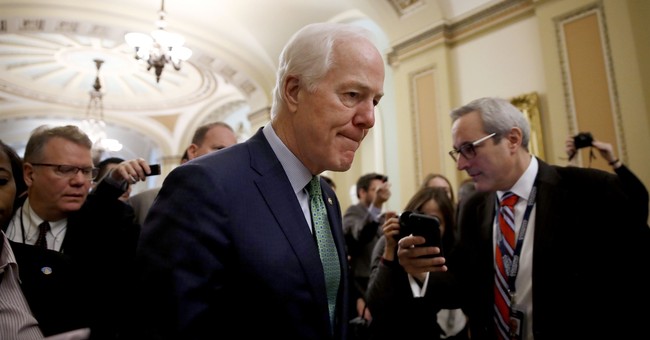 The White House announced in a statement Monday that they are supportive of efforts to improve the federal background check system. The announcement came following the horrific mass shooting in Florida last week which left 17 dead.

“The president spoke to Senator Cornyn on Friday about the bi-partisan bill he and Sen. Murphy introduced to improve Federal Compliance with Criminal Background check Legislation," the White House said. "While discussions are ongoing and revisions are being considered, the President is supportive of efforts to improve the Federal background check system.”

The bill would penalize “federal agencies who fail to properly report relevant records and incentivizes states to improve their overall reporting. The bill also directs more federal funding to the accurate reporting of domestic violence records.”

The legislation was introduced following the deadly church shooting in Sutherland Springs, Texas. The Air Force did not submit the criminal record of the shooter, Devin Kelley, which would have prevented him from buying a gun.

The proposal has support from both the National Rifle Association (NRA) and gun control groups including Everytown for Gun Safety and Moms Demand Action.