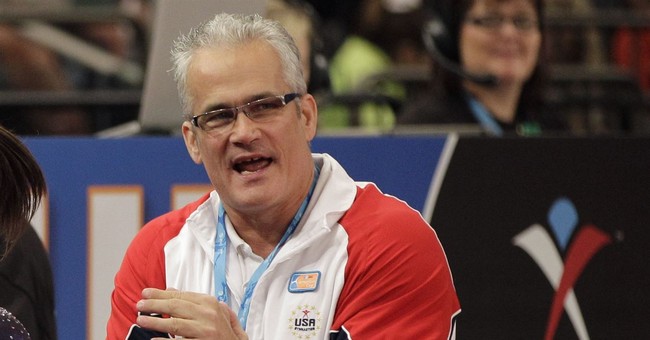 John Geddert, head coach of the 2012 U.S. Olympic Gymnastics team and head of Twistars Gymnastics in Michigan is under investigation over physical abuse allegations that surfaced during former team doctor Larry Nassar’s sentencing. Over 260 girls say Nassar molested them under the guise of medical treatment, including many at Geddert’s gym club.

USA Gymnastics suspended Geddert in January following the allegations of verbal and physical abuse against gymnasts. He announced his own retirement, claiming he had always planned to retire as he neared the age of 60.

Jerri Nesbitt, a spokeswoman for the sheriff's office, told the Lansing State Journal Tuesday that "there are new people coming forward" with complaints, but would not elaborate on the nature of the complaints because police continue to investigate.

Geddert was named as enabling Nassar’s abuse and physically abusing athletes in some of the many victim impact statements at Nassar’s sentencing hearings.

"[Geddert's] abuse was your fuel," Bailey Lorencen, a former Twistars gymnast, said to Nassar during a January hearing. "You used his abuse to mask your own pathetic pleasure."

She said Geddert forced her to continue practicing after she broke a bone in her back and a doctor later said it was "a miracle" she was not paralyzed as a result.

Makayla Thrush, also a former Twistars gymnast, said Geddert threw her against a training apparatus when he was angry with her, rupturing lymph nodes in her neck and tearing muscles in her stomach.

"You told me to kill myself not just once, but many other times," she said of Geddert. "After you ended my career, I tried."

Geddert was cleared of criminal charges in two earlier investigations over physical abuse of a young gymnast and an employee.

Nassar has been sentenced to 40 to 125 years and 40 to 175 years for molesting young female gymnasts. He will also serve a 60-year federal sentence for possession of child pornography.