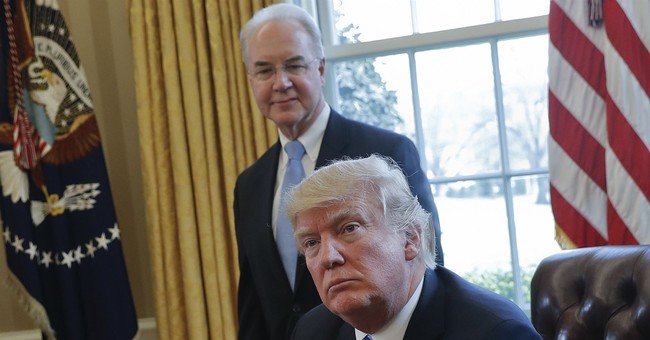 President Trump announced the big winners of his highly anticipated “Fake News Awards” Wednesday. The New York Times topped the list with Paul Krugman’s claim that the economy would never recover from Trump’s victory. The GOP website post listing the awards crashed moments after President Trump tweeted the link, likely due to the high volume of traffic.

The list of eleven fake news reports include the time CNN made it seem like President Trump was overfeeding Koi fish with the Japanese Prime Minister and the time ABC’s Brian Ross sent the markets spiraling with his false Russia report.

The post went on to tout some of the Trump administration's major successes:

While the media spent 90% of the time focused on negative coverage or fake news, the President has been getting results:

1. The economy has created nearly 2 million jobs and gained over $8 trillion in wealth since the President’s inauguration.

2. African Americans and Hispanics are enjoying the lowest unemployment rate in recorded history.

3. The President signed historic tax cuts and relief for hardworking Americans not seen since President Reagan.

5. The President has unleashed an American energy boom by ending Obama-era regulations, approving the Keystone pipeline, auctioning off millions of new acres for energy exploration, and opening up ANWR.

6. ISIS is in retreat, having been crushed in Iraq and Syria.

7. President Trump followed through on his promise to recognize Jerusalem as the capital of the State of Israel and instructed the State Department to begin to relocate the Embassy.

8. With President Trump’s encouragement, more member nations are paying their fair share for the common defense in the NATO alliance.

9. Signed the Veterans Accountability and Whistleblower Protection Act to allow senior officials in the VA to fire failing employees and establishes safeguards to protect whistleblowers.