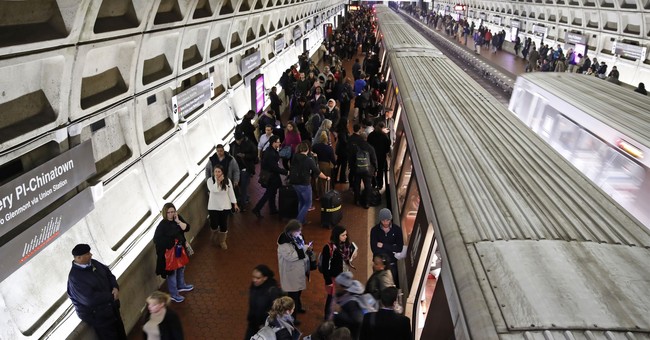 The Department of Justice (DOJ) filed an amicus brief Tuesday in support of the Archdiocese of Washington’s lawsuit against Metro over their refusal to allow Christmas ads on their metro buses.

“In the context of Christmas advertising, WMATA’s guidelines permit messages which generally express commercial or charitable viewpoints, but exclude messages that express religious viewpoints,” the attorneys point out.

“Had Macy’s, for example, sought to run a Christmas-themed ad stating, ‘Find the Perfect Gift,’ and displaying an image of its jewelry, nothing in the guidelines would prohibit the company from doing so,” they explain. “But because the Archdiocese’s proposal arguably conveyed the implicit message that ‘JESUS is the perfect gift,’ WMATA rejected it.”

The rejected advertisement was for an initiative urging the public to consider the spiritual side of the Christmas season by learning about Advent and other Catholic Christmas traditions. It depicts shepherds under a starry night and the simple slogan “Find the Perfect Gift.”

WMATA said that the ad violated their policy prohibiting “all non-commercial advertising, including any speech that purportedly promotes a religion, religious practice, or belief,” because “it depicts a religious scene and thus seeks to promote religion,” according to the Archdiocese’s initial complaint, seeking declaratory and injunctive relief in D.C. Court.

“As the Supreme Court has made clear, the First Amendment prohibits the government from discriminating against religious viewpoints,” Associate Attorney General Rachel L. Brand said in a statement Tuesday. "By rejecting the Archdiocese’s advertisement while allowing other Christmas advertisements, WMATA engaged in unconstitutional viewpoint discrimination."