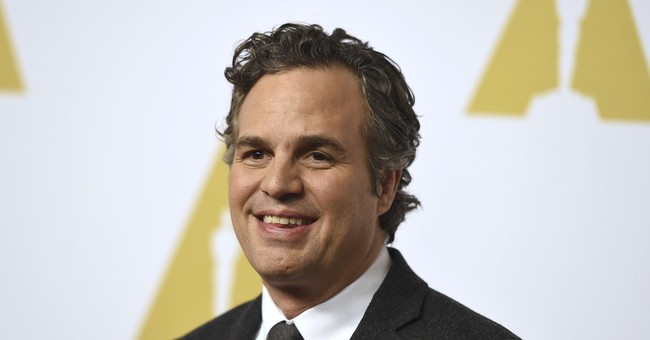 Actor Mark Ruffalo had a strange response Thursday to the news that Palestinians were violently rioting after President Trump recognized Jerusalem as the capital of Israel Wednesday, announcing plans to move the U.S. embassy there. Ruffalo called on Israel to show restraint in light of the protests and went on to tell Israelis that the move was “a terrible blow to any hope for peace or a life beyond apartheid for your neighbors.”

Isreal, please show restraint in the face of these protests. This is a terrible blow to any hope for peace or a life beyond apartheid for your neighbors. Please, all parties, use restraint. https://t.co/PO2PwnuAiD

Many people responded on Twitter by pointing out that Palestinians were the ones who have called for “Days of Rage” in response to the embassy move.

Palestinians call for "Day of Rage," which is always code for terrorist activity, and Ruffalo begs Israelis for "restraint." https://t.co/9mVtAdJa79

Some also pointed out that the liberal actor had misspelled the word Israel.

If you claim to know so much about the situation in Israel, at least spell “Israel” right if you want any credibility. Just advice.

In response to Trump’s Wednesday announcement, the leader of the terrorist organization Hamas called for a "day of rage" on Friday and said it should "be the first day of the intifada against the occupier."

There have already been violent clashes with Palestinian protestors who are burning U.S. flags and chanted anti-American slogans.