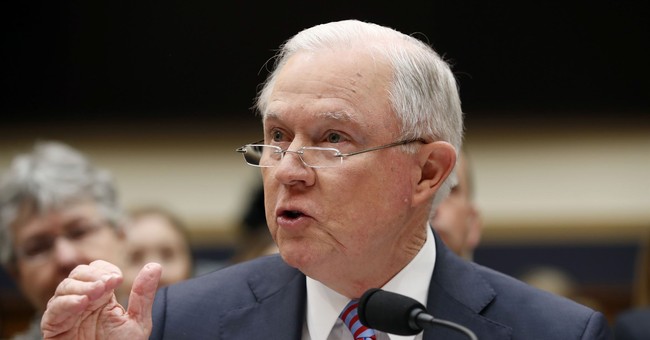 Rep. Trent Franks (R-AZ) asked Attorney General Jeff Sessions Tuesday about the possibility of charges in the investigation into Planned Parenthood’s alleged trafficking in unborn baby body parts after the FBI requested unredacted documents Monday that the Senate obtained from abortion providers. Sessions replied generally that if the findings of Congress were confirmed it "could provide a basis for charges."

“If the FBI has requested what is now several thousand pages of testimony and findings the Senate has gathered through their investigation of Planned Parenthood,” Franks began “that may mean that they could be readying indictments against individuals who have committed the sale of these little body parts for profit.”

“Generally speaking, are findings made by any Senate investigation, any subsequent referral, sufficient evidence for the Justice Department to bring charges upon any party guilty of violating federal law?” Franks asked Sessions.

“I think that that’s an appropriate way for us to relate to one another,” he added.

“Well I hope the Justice Department obviously will take a very close look at the evidence that the Senate is providing to the FBI,” Franks replied.

The FBI’s request was reportedly made to the Senate Judiciary Committee. The Committee’s chairman Sen. Chuck Grassley (R-IA) referred Planned Parenthood and other abortion providers to the FBI for investigation in December after a long investigation prompted by undercover videos from the Center for Medical Progress that called into question the abortion providers’ compliance with laws against trafficking in fetal tissue.

Grassley wrote at the time that the Committee’s findings document “substantial evidence suggesting that the specific entities involved in the recent controversy, and/or individuals employed by those entities, may have violated that law. Moreover, that evidence is contained entirely in those entities’ own records, which were voluntarily provided to the Committee and are detailed in the report.”