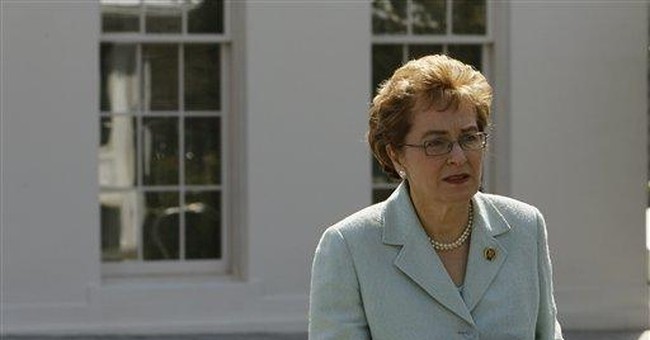 A bipartisan group of lawmakers announced the launch of the Victims of Communism Caucus Tuesday. Reps Marcy Kaptur (D-OH), Dan Lipinski (D-IL), Dennis Ross (R-FL), and Chris Smith (R-NJ) founded the group which will be “dedicated to raising awareness of how communism victimized and enslaved many millions of people in the past and how its tyranny in the five existing Communist countries (China, Cuba, Laos, North Korea, and Vietnam) and its legacy in the post-Soviet sphere shapes international relations today.”

The new group’s focuses will include “Russian expansionism in Ukraine; the deteriorating political and economic situation in Venezuela, and what the U.S. can do to ameliorate it; the continuing human rights abuses of the Castro regime in Cuba; and the increasing threat that North Korea poses to a free world with its dangerous rhetoric and pursuit of ever more advanced missile and nuclear technology even as they enslave their own people.”

The Caucus also plans to commemorate the legacy of the 100 million victims of communism and call attention to the plight of dissidents who currently stand up to communist regimes.

“I look forward to working with my colleagues as a Co-Chair of the Victims of Communism Caucus,” Rep. Kaptur said. “As many of my constituents have personally experienced, the successful struggle for freedom from under the yoke of authoritarianism, inherent to communism, deserves special attention in the annals of history. This caucus will shine a light on the victims’ struggle, and work to keep the flame of human rights around the world alive.”

“Our bipartisan caucus is determined to ensure that Congress and the American people remain aware of and continue to fight against the deadly and ongoing evil of Marxist and Leninist ideology – still promoted by communist dictators,” Rep. Smith said of the group.

“One out of five people in the world still live under communism, subject to horrific abuses and denied their most basic human rights. China, Vietnam, North Korea, Cuba, and Laos remain communist dictatorships,” he added. “There has also never been full accountability for the crimes committed by past communist regimes, including planned famines, deportations, and ethnic cleansing. Thus, the victims of those regimes do not have closure.”

“I will never forget my experiences in Berlin at the fall of the Wall in 1989,” Rep. Lipinski recalled. “As we approach the 28th anniversary of that day, we now have about a third of the U.S. population that has lived in a world without the Soviet Union. In my district, there are many people who suffered under communism, watched relatives and friends perish, and were forced to leave their homes and their countries. It is our duty to tell these stories, the truth about communism, and preserve this history for all generations. I am proud to join my fellow co-chairs in establishing the Victims of Communism Caucus."

The White house released a statement Tuesday, the 100th anniversary of the Bolshevik revolution in Russia, to mark the National Day for the Victims of Communism.