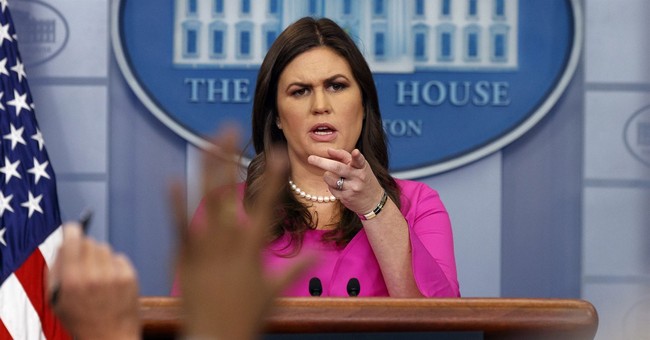 Sanders did not respond to Ryan’s question or any of the questions that were yelled at her during her closing comments.

Ryan, who has clashed in the past with former White House Press Secretary Sean Spicer, tweeted that there were “crickets” in response to her question.

I sure did and there were crickets! https://t.co/Y0qZkdbDS8

Sanders answered questions Tuesday on White House Chief of Staff John Kelly’s recent comments that the Civil War was about a lack of compromise from the North and the South and his praise of Robert E. Lee as an “honorable man.”

“Look, all of our leaders have flaws,” Sanders said of Kelly’s remarks. “That doesn’t diminish their contributions to our country and certainly can’t erase them from history. And General Kelly was simply making the point because history isn’t perfect doesn’t mean it’s not our history.”

When asked about the debate over the removal of Confederate statues, Sanders said, “look, I don’t think we should debate every moment of history. I think those moments took place. There are moments that are going to be a lot less proud of than others. But we can’t erase the fact they happened.”