Pelosi on Rolling Back Religious Exemptions to Contraceptive Mandate: 'This Is for Us A Value' 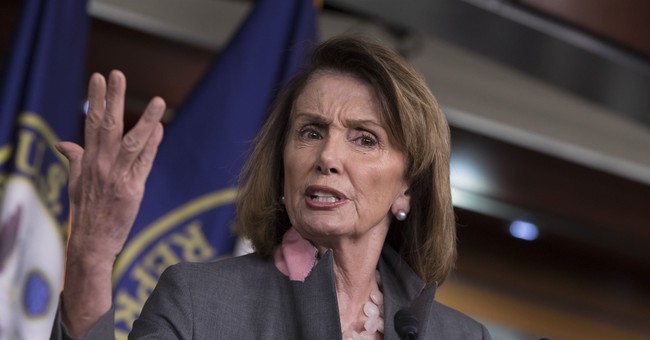 House Minority Leader Nancy Pelosi (D-CA) led a Pro-Choice Caucus briefing Thursday in support of a bill which would repeal President Trump’s exemptions from the Obamacare contraceptive mandate for groups, like the Little Sisters of the Poor, with religious and moral objections to paying for their employees' birth control. Pelosi emphasized that ensuring all employers have to pay for their employees' birth control “is for us a value, it’s not an issue, it’s a value, a personal respect that we have for women, for men, for families, and their planning.”

“What the president did is such a sign of disrespect for women, their judgment, their determining the size and timing of their family, if they choose to have a family,” Pelosi said.

She invoked her own large family, saying “when I drove my baby home from the hospital, my fifth child, my oldest child was turning six that week. God had blessed us. It was glorious and the rest but that doesn’t mean that that should be the rule for anybody.”

“I tell my own story because I say to them (her colleagues in Congress) any of you have five children in six years you step up and talk to me,” she emphasized.

“With its new rules the White House reached into the lives of hundreds of thousands of women,” she claimed.

Health and Human Services officials said earlier this month that the religious exemptions would have no impact on "99.9% of women" in the United States.

They calculated that, at most, 120,000 women would be affected, primarily those working at the roughly 200 entities that were involved in 50 or so lawsuits over the contraceptive mandate.

Pelosi said that she and her “sisters in Congress joined by many of our brothers” would fight to pass Rep. Diana DeGette’s (D-CO) bill saying, “this is just outrageous what the President’s done and women across the country need to know that it’s about their choice not their boss’s choice.”

The Little Sisters of the Poor, who care for the elderly poor in the U.S., are finally beginning to see some relief with Trump's new rule, along with other nonprofit religious organizations that had been involved in a five-year long lawsuit against the Obama administration over the contraceptive mandate.

Paying for or supporting the use of contraception is contrary to fundamental Catholic moral teaching, something both Pope Francis and his predecessor Pope Benedict XVI have emphasized. Pelosi, who identifies as Catholic, is familiar with that teaching.

In 2012, when asked about the official Church teaching on contraception, Pelosi said, “you know what? I do my religion on Sunday in church and I try to go other days of the week. I don't do it at this press conference.”

"Well I don't think that is the entire Catholic Church," Pelosi said about the lawsuit brought against the Obama administration by the Little Sisters and other Catholic organizations that did not want to be complicit in paying for contraceptive coverage. "Those people have a right to sue, but I don't think they're speaking for the Catholic Church.”

The Protect Access to Birth Control Act was introduced Friday by DeGette. There is similar legislation in the Senate. Both bills are unlikely to be brought to the floor by House and Senate Republicans.