Politico Poll: Nearly Half of Voters Think the Media Fabricates Stories about Trump 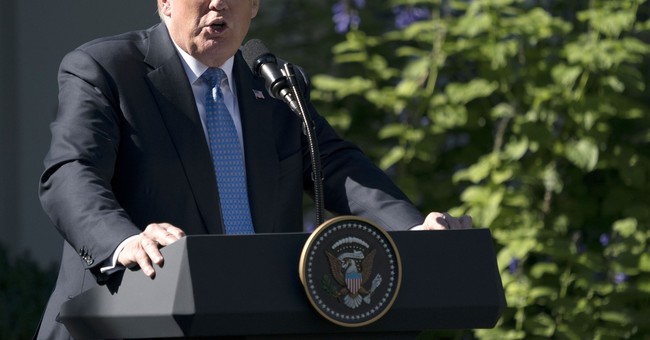 While President Trump’s frequent claims of fake news are often mocked by the media, a recent Politico/Morning Consult poll shows that almost half of U.S. voters, 46 percent, agree that the media literally makes up news stories about Trump and the Trump administration.

Only 37 percent of voters think the media does not make up stories about Trump and 17 percent were undecided on the issue.

Forty-four percent of independent voters think the media fabricates stories about Trump, while 31 percent think they do not.

Trump tweeted at NBC last week over their report that he wanted a tenfold increase in the U.S. arsenal which he called “pure fiction.” Defense Secretary Mattis called the reporting “absolutely false” and “irresponsible.”

Trump also questioned if it was appropriate to challenge NBC and other networks’ broadcasting licenses over all the fake news.

Voters, however, tend to disagree with Trump’s suggestion of revoking licenses. Just 28 percent think the government should be able to revoke broadcast licenses of major news organizations that it says are fabricating news stories about the president or his administration. Fifty-one percent think the government should not have that power and 21 percent are undecided.

The poll was conducted October 12-16, “surveying 1,991 registered voters. The margin of sampling error is plus or minus 2 percentage points.”