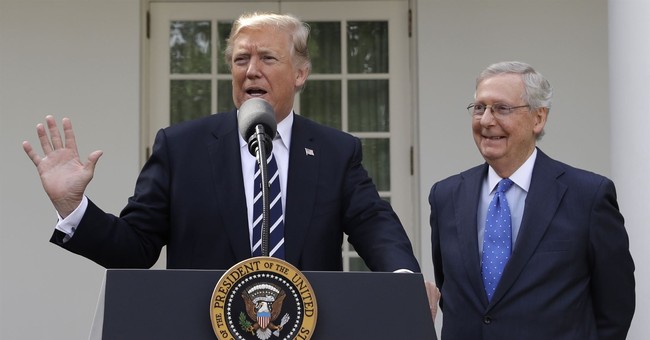 Senate Majority Leader Mitch McConnell (R-KY) told reporters in the Rose Garden Monday that the Pain Capable Unborn Child Protection Act, which would ban abortion after 20 weeks of pregnancy, is supported by “virtually all” of the Republicans in the Senate and they “expect to have a vote on it at some point.” He did not provide further details about when the vote might take place.

The legislation, which passed the House by a 237-189 vote, bans abortion at the point that science increasingly shows that unborn children feel pain. Sen. Lindsey Graham (R-S.C.) introduced the bill in the Senate October 5th.

Despite the uphill battle the legislation faces in the Senate, requiring 60 votes to pass while Republicans only hold 52 seats, Graham said at the time that he expected the bill "to pass with 60 votes over the arc of time as we persuade more and more Americans.”

President Trump promised to sign the bill on the campaign trail and the White House released a statement, just prior to the House vote, formally backing it.

The statement says the bill “would promote a science-based approach to unborn life, as recent advancements have revealed that the physical structures necessary to experience pain are developed within 20 weeks of fertilization.”

“The United States is currently out of the mainstream in the family of nations, in which only 7 out of 198 nations allow elective abortions after 20 weeks of pregnancy,” they add. This claim was recently verified by The Washington Post Fact Checker.