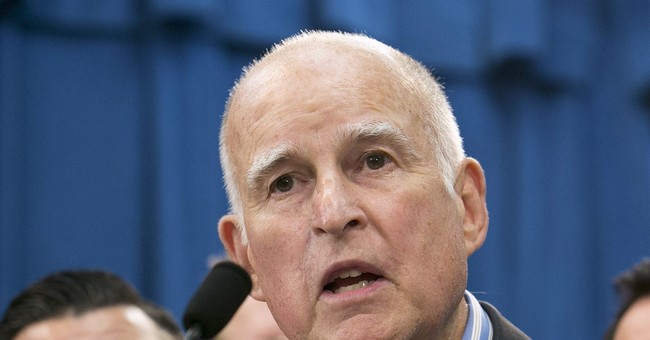 California Gov. Jerry Brown (D) vetoed the “reproductive health non-discrimination act” Sunday which would’ve prohibited employers from “taking any adverse action” against an employee for any “reproductive health” decision including “the use of any drug, device, or medical service.” Religious organizations have been speaking out against the legislation saying the bill was unnecessary and will threaten their ability to have codes of employee conduct in line with their religious beliefs.

Gov. Brown explained in his veto message that the California Fair Employment and Housing Act “has long banned such adverse actions, except for religious institutions.”

“I believe these types of claims should remain within the jurisdiction of the Department of Fair Employment and Housing,” he wrote.

The California Catholic Conference, one of the religious organizations that opposed the bill, made a similar argument when the measure passed the California Senate.

Their website points out that “existing law is very clear that an employer cannot discriminate based on pregnancy, childbirth or related medical conditions. Such prohibitions are covered under the California Fair Employment and Housing Act (FEHA) of 1959 and have been enforced by the courts for decades. (A host of other state and federal laws also protect employees.)”

They said the NARAL-sponsored legislation was inventing “problems” that needed “solutions” and is "designed to complicate laws and increase the potential for costly litigation. (Which may be why labor attorneys support the bill.) It also specifically targets religious employers."

This is a major setback for NARAL, which has been heavily advocating for the bill’s passage. Amy Everitt, state director of NARAL Pro-Choice California argued in an op-ed last week that “no employer has the right to discriminate against workers for their decisions about if and when to have a family,” and the bill “would add critical protections to California law so that no employer can fire or otherwise punish workers for their private reproductive health decisions.”