Pelosi Calls for 'Urgent' No First Use Law on Nuclear Weapons 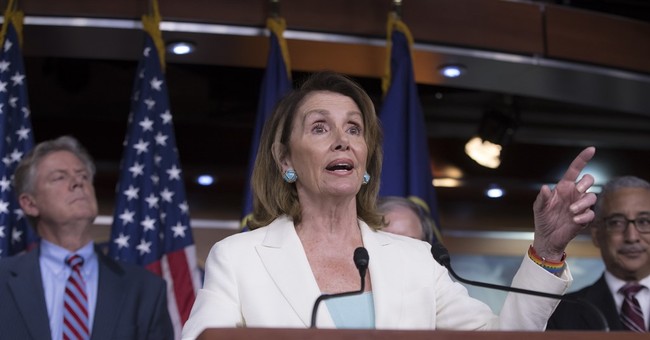 "There is interest in the U.S. establishing itself as no first use, no first nuclear use," she told reporters, saying it would be a bipartisan effort. She said the first use policy was established in 1946 when it was "a different world" and the idea of changing it has been around for a while.

"I put this in the category of urgent,” she said. “We take an oath to protect and defend, and the law under which the president of the United States has authority to exercise first use is one that is ancient."

"There are all kinds of proposals out there, one saying, declaring the United States of America will not engage in first use of a nuclear weapon,” she continued. “I like that one best."

She said there were other proposals requiring the president to get the advice of those in his cabinet before launching a nuclear first strike.

Pelosi denied that the proposed policy change was related to concerns over President Trump and his rhetoric on North Korea.

"Well, this doesn't' really have to do with him,” Pelosi told reporters, “it has to do with the presidency of any president. Now, I remind, if our country is attacked, the War Powers Act triggers for the executive any and all powers. But there is interest in the U.S. establishing itself as no first use.

"More to come on that,” she concluded, adding “as we go forward with anything like that, it has to be in a bipartisan way, because it's about all presidents, no matter who he or she may be down the road."