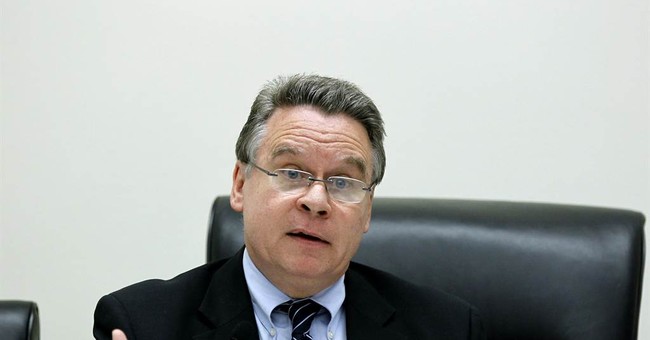 Rep. Chris Smith (R-N.J.) held a hearing Tuesday calling attention to the astonishing lack of any U.S. funding going directly to religious minorities in Iraq and Syria who were targeted for genocide by ISIS.

“In the final appropriations bill for fiscal year 2017, Congress required that the U.S. State department and the U.S. Agency for International Development (USAID) fund the assistance promised by the administration,” Rep. Smith said.

Earlier this year, Congress allocated more than $1.4 billion in funds for refugee aid with specific language to ensure that part of the money would be used to assist religious minority groups, including Christians and Yazidis, who the State Department recognized as victims of genocide in 2016.

“Sadly career staff at the State Department and USAID have ignored the law and thwarted the will of the President, the Congress, and the people we represent,” Rep Smith said. “These bureaucrats have refused to direct assistance to religious and ethnic minority communities, even to enable them to survive genocide. This obstruction is unacceptable and I urge Secretary Tillerson and the new USAID administrator, Mark Green, to put an end to it.”

Smith also called for the passage of his bill, The Iraq and Syria Genocide Emergency Relief and Genocide Accountability Act, which would “ensure that humanitarian, stabilization, and recovery assistance for nationals and residents of Iraq or Syria, and of communities from those countries, is directed toward ethnic and minority individuals and communities with the greatest need, including those individuals and communities that are at risk of persecution or war crimes.”

Several witnesses attested to the desperate need of the Christians and Yazidis in Iraq and Syria.

Stephen M. Rasche, Legal Counsel and Director of IDP Resettlement Programs for the Chaldean Catholic Archdiocese of Erbil, testified that the Christians in Iraq “have still yet to receive any form of meaningful aid from the U.S. Government.”

“Over the past three years,” he said, “we repeatedly approached the State Department and U.S. Agency for International Development in Iraq and in Washington, DC to see if they would be willing to fund our humanitarian and rebuilding aid programs. We explained the needs on-the-ground were outpacing private funding and help from governments like the United States was needed to enable these communities to survive.”

“Career individuals at these agencies have continued to state that they are only concerned with individuals, not communities,” he explained. They have asserted that directing assistance to particular religious or ethnic communities would be ‘discrimination’ and a ‘violation of humanitarian principles,’ even if these communities had been targeted for genocide and assistance was being directed to them to prevent their destruction.”

“We were also told their own administrative interpretation of humanitarian principles superseded U.S. appropriations law that specifically stated that 2017 ‘International Assistance and Migration and Refugee Assistance shall be made available for humanitarian assistance for vulnerable and persecuted religious minorities, including victims of genocide designated by the Secretary of State,’” he said. “The fiscal year ended days ago, with these agencies continuing to shirk their statutory obligations. Still no aid has been provided to the imperiled Christian minority.”

Rasche pointed out that last month the Department of State’s Bureau for Population, Refugees and Migration “provided $32 million in emergency humanitarian assistance to the Rohingya Muslims – a religious minority in Burma,” saying, “this action begs the question of why the State Department, which has distributed over $220 million in humanitarian assistance in Iraq since 2014, has consistently ignored the dire needs of persecuted minorities in Iraq.”

Rasche also highlighted some major problems with the UN Development Programme (UNDP) which is the main funding instrument “through which the US Government seeks to promote post-ISIS stabilization, rehabilitation and political stability in Iraq,” and through which USAID “has so far spent or allocated all of its funding for stabilization in Iraq, over $265 million.”

“While status reports from UNDP work in Nineveh purport to show real progress in the Christian majority towns, on the ground we see little evidence of it,” he said. “Work projects are in most cases cosmetic in nature, and much of that cynically so. ‘Completed’ school rehabilitation projects in Teleskov and Batnaya take the form of one thin coat of painting of the exterior surface walls, with freshly stenciled UNICEF logos every 30 feet.”

He added that while UNDP claims that work is done in areas in which religious minorities are the majority, in one report, they boast of work done in the “Christian” town of Telkayf, except “there are no more Christians in Telkayf. They were forced from this town by acts of genocide, crimes against humanity and war crimes. ISIS was firmly in control of this town until last fall and many of its Sunni Arab residents remained. Many of those residents, who openly welcomed ISIS while simultaneously engaging in the forced and violent expulsion of the majority Christians, are still there.”

“Telkayf has also been chosen as a settlement site for the families of slain ISIS fighters,” he emphasized. “As such, 100 percent of the work being done in this town benefits the Sunni Arab residents of the town, and there is no consideration anywhere in UN aid planning for the displaced Christians, who now depend wholly upon the Church and private sources for their survival.”

“In effect, U.S. taxpayers are financing the spoils of genocide,” he said.

Rasche called on the Senate to pass Rep. Smith’s bill and suggested that “Congress urge this Administration to appoint an interagency coordinator empowered to oversee and solve this issue.”

Shireen Jerdo Ibrahim, a Yazidi woman who was taken captive by ISIS in 2014, gave a powerful testimony about the hardships she had faced and the need for U.S. aid to help the Yazidis.

“Today as I speak here before you, 19 members of my family and my relatives are missing,” she said. “They may be killed or still in captivity but we don’t know anything about them. Many countries including United states and the United Nations recognized the Yazidi genocide, however our hope was there will be steps following that to provide justice and protection for my people. We are still waiting for action and the liberation of thousands of Yazidis from ISIS captivity.”

“Our homes and lives were destroyed by ISIS, however, we still hope that our homeland will be re-built,” she said, “so that Yazidis, Christians and other minorities can find peace again, because this was our ancient homeland where we once co-existed as brothers and sisters.”

“Yazidis, Christians and other religious minorities, especially the non-Muslim minorities, cannot survive in Syria and Iraq under the current conditions,” she warned. “Without serious action from you and the world governments many of these people will continue to flee their ancient homelands of Syria and Iraq. The protection of these minorities means that one day, my people will not become extinct.”