Cecile Richards on DACA: 'Every Person Has a Right to Live' 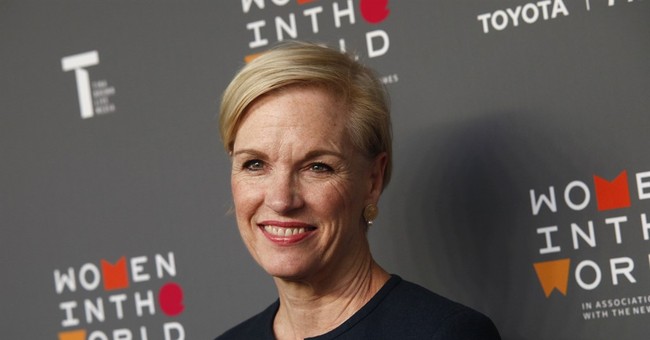 Cecile Richards, President of Planned Parenthood, sent out a fundraising email Tuesday about President Trump’s decision to end the Deferred Action for Childhood Arrivals (DACA) program which allows certain immigrants, who had arrived in the country illegally as minors, the ability to remain without risk of deportation.

The abortion giant’s leader said, “here at Planned Parenthood, we firmly believe that every person has the right to live, work, and raise a family freely and without the threat of deportation or separation.”

Many on Twitter pointed out the irony of the language Richards chose, since those in the pro-life movement emphasize the unborn child’s “right to live.”

Sounds like PP is making a strong case against PP.

Richards also said in the email that Trump’s decision to end DACA was “an attack that will leave 800,000 young people who have grown up in this country at risk of deportation, including members of the Planned Parenthood community.”

“I’m infuriated,” she said. “I’m heartbroken. But I’m sure about one thing: Planned Parenthood stands with DREAMers, the young people in this community who are the future of this country.”

She added that DACA “has helped so many young DREAMers access health care, get driver’s licenses, receive an education, and work to provide for their families — and without DACA, their fate and ability to remain in this country is unknown.”

Richards did not talk about every person’s “right to live” in the official Planned Parenthood press release on the DACA decision but called the decision one that “will rip millions of families apart and do irreparable harm to communities that already face discrimination and barriers to accessing health care in this country.”