Sarah Huckabee Sanders: Scaramucci Let Passion Get the Best of Him 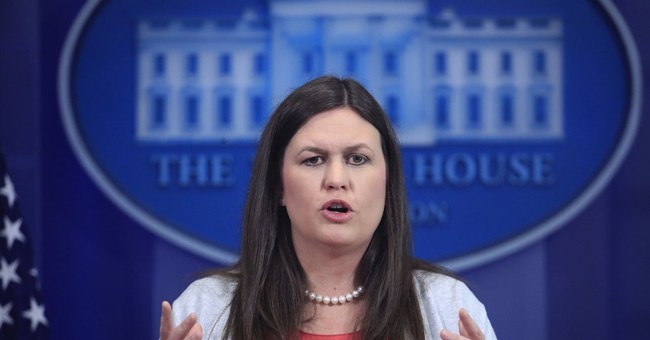 Referencing Scaramucci’s tweet replying to the story, Sanders said, “Anthony put out a statement here just moments ago and stated that you know this is a guy who sometimes uses colorful and in many circles probably not appropriate language and he’s very passionate about the president, the president’s agenda and I think he may have let that get the best of him in that conversation.”

“Anthony’s put something out on this, the bottom line is most of us here at the White House are focused on who has a job out in America not who has a job here that’s what we’re trying to put forward on the president’s agenda,” she added. “We’re focused on the agenda moving forward and sometimes people in the staff get pretty passionate about that hopefully they’ll reel some of their language in but again I’m very focused I know the president is very focused and his team is pushing his agenda forward.”

Regarding Scaramucci’s tirade against Reince Preibus she commented, “when you have the best people from around the country coming in with a variety of backgrounds, very different perspectives you may not agree on everything. I think you have to push forward and that’s exactly what we’re doing.”