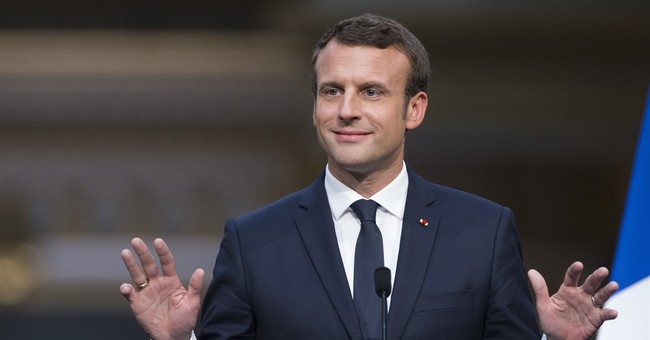 French President Emmanuel Macron released a video Thursday responding to President Trump’s announcement that the United States was leaving the Paris Climate Agreement. Macron spoke in English and called on U.S. scientists to come work in France concluding, “we all share the same responsibility, make our planet great again.”

Statement on the US' withdrawal from the Paris climate agreements. #parisagreementhttps://t.co/T4XOjWZW0Q
— Emmanuel Macron (@EmmanuelMacron) June 1, 2017

Macron said that he respected Trump’s decision to leave the agreement but added “I do think it is an actual mistake both for the US and for our planet.”

“Tonight,” he continued, “I wish to tell the United States: France believes in you, the world believes in you. I know that you are a great nation. I know your history, our common history. To all scientists, engineers, entrepreneurs, responsible citizens who were disappointed by the decision of the President of the United States I want to say that they will find in France a second homeland. I call on them, come and work here with us to work together on concrete solutions for our climate, our environment.”

Macron said that the France and their partners in the agreement would be meeting “to define a common strategy and to launch new initiatives.”

“We will succeed because we are fully committed because wherever we live whoever we are we all share the same responsibility, make our planet great again,” he concluded, rephrasing President Trump’s campaign slogan.