Tillerson in UK: ‘We Take Full Responsibility’ for Intelligence Leaks 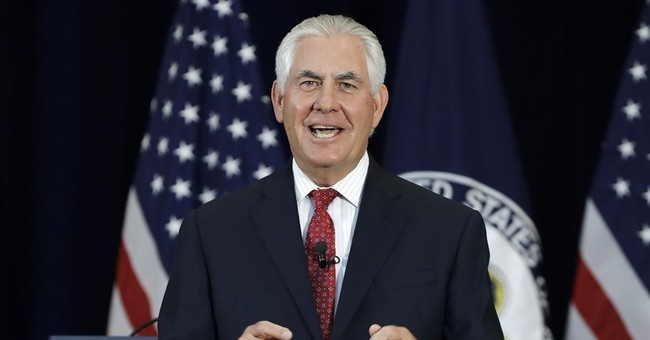 “We take full responsibility for that and we obviously regret that that happened,” Tillerson said in a London press conference with British Foreign Secretary Boris Johnson Friday.

"With respect to the release of information inappropriately,” he said, “certainly we condemn that."

British investigators became angry when the name of the attacker, Salman Abedi, was published by U.S. press before British authorities released his identity. The New York Times also published photos from the scene of the attack, including one of the bomb’s detonator.

“The President has been very strong in his condemnation and has called for an immediate investigation and prosecution of those who are found to have been responsible for leaking any of this information to the public,” he added.

Trump condemned the leaks Thursday saying in a statement, "I am asking the Department of Justice and other relevant agencies to launch a complete review of this matter, and if appropriate, the culprit should be prosecuted to the fullest extent of the law."

Tillerson, said that "all across America, hearts are broken" over the attack. He signed a condolence book at the London embassy for the victims of the attack and is expected to visit Manchester.

Secretary Tillerson joins Foreign Secretary @BorisJohnson to sign a condolence book for the victims of the #Manchester attack. pic.twitter.com/tKTMtaiUJ7