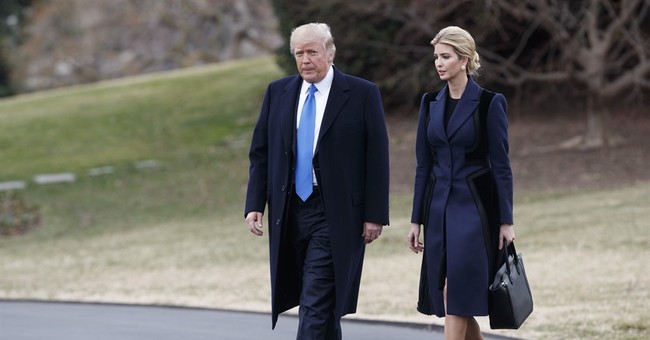 First daughter Ivanka Trump was asked in a NBC news interview Tuesday about a German paper that wondered if she would be a “loyal accomplice” to her father.

Unsurprisingly, Ivanka said she didn’t like the word ‘accomplice’ “because, in this context, I don't know that that's productive."

Accomplice is defined by Merriam-Webster dictionary as “one associated with another especially in wrongdoing.”

This is the second time the media has asked Ivanka about her relationship to her father’s administration by using a word that implies criminal activity or wrongdoing.

A CBS interviewer asked Ivanka whether she was “complicit in what is happening to the White House.”

Complicit is defined as “helping to commit a crime or do wrong in some way.”