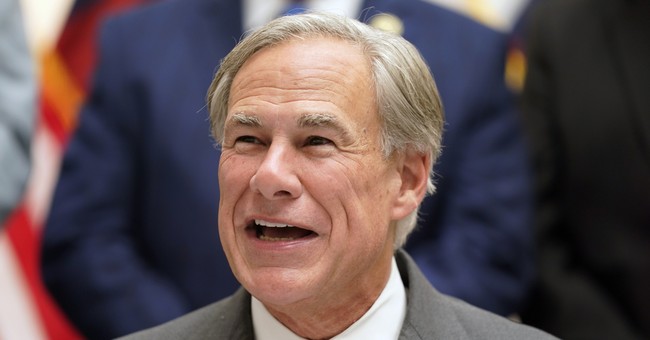 Texas Gov. Greg Abbott (R) is delivering on his promise from earlier this week to transport illegal migrants to Washington, D.C., with the state dispatching buses to the southern border to begin relocating the migrants.

Over the course of the last day, the Texas Division of Emergency Management has dispatched an undisclosed number of buses to Texas communities that officials have reported as being overwhelmed by the surge of migrants transported there by the Biden administration.

"In the last 24 hours, TDEM has dispatched buses to areas where communities have expressed concerns about the federal government dropping off migrants and has the capability to send as many as is necessary to fulfill the requests from mayors and county judges," TDEM chief of media and communications Seth Christensen told Fox News Digital.

Christensen explained to the outlet that most Texas communities that have raised concerns over the influx of illegal immigrants being relocated to their communities claim the federal government has halted efforts to drop migrants off in their towns since Abbott announced his plans to send the migrants to D.C.

He also said each bus has the "capacity and supplies necessary to carry up to 40 migrants."

Abbott said at a news conference Wednesday that Texas would be transporting the migrants "to the United States Capitol, where the Biden administration will be able to more immediately address the needs of the people that they are allowing to come across our border."

This comes after the Center for Disease Control and Prevention announced earlier this month that Title 42, which was initially implemented by the Trump administration during the early days of the COVID pandemic and allowed U.S. border agents to immediately deport migrants who had illegally entered the U.S. in an effort to mitigate the spread of the coronavirus, will be repealed in May.

Dems Feel the Agony of Defeat – and It's Awesome
Townhall
Rep. Lauren Boebert informs Rep. Eric Swalwell that no, he can't date her
Twitchy
Heartbreak at MSNBC as Joy Reid's 'ReidOut' Crashes and Burns in Ratings Wars
Redstate
What's Going On with the Highland Park Killer's Parents?
PJ Media