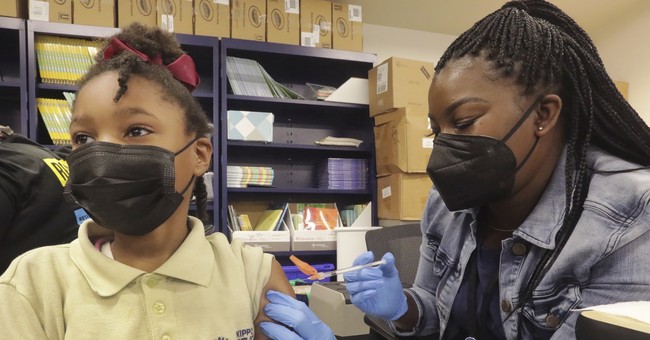 A federal judge on Friday temporarily blocked the District of Columbia from continuing to carry out a law that allowed children as young as 11 to get vaccinated without parental consent.

The Minor Consent for Vaccinations Amendment Act, which the D.C council passed in the fall of 2020, permitted children ages 11 and up to receive vaccines without the knowledge of their parents as long as a doctor deemed them capable of providing informed consent.

Children whose parents object to vaccines on the basis of religion could receive vaccinations and access their own medical records, and healthcare providers could seek payment directly from the insurer without the child's parents knowing. The physicians would leave the child's vaccine records blank and send them directly to their school without parents being notified.

The law was originally aimed at non-COVID-related vaccines but was adopted with greater urgency due to the pandemic. It only applies to vaccines that have been approved by the Food and Drug Administration.

He said his son was singled out for not getting the COVID-19 vaccine and that the district created a "pressure-cooker environment, enticing and psychologically manipulating" children to "defy their parents and take vaccinations against their parents' wills." He claims his child was "medically frail" and that earlier vaccinations resulted in his child developing multiple health issues, including autoimmunity, asthma and eczema. He said he is "of the sincere religious belief that he should not inject a foreign substance into his son's body that may harm him."

And a Maryland man who said his 16-year-old daughter sought a COVID vaccine in D.C. without his knowledge or approval and despite his religious objections filed a separate lawsuit. His daughter wanted to get vaccinated so she could attend a summer camp and a college of her choosing. She wound up not getting the vaccine.

Trump-appointed Judge Trevor McFadden ruled that the law violated parents' religious liberties and issued an injunction in both cases.

He ruled that the law "targets religious parents" by withholding information from religious parents that is available to secular parents who file a medical exemption for their children. He also said it was preempted by the federal National Vaccine Injury Compensation Program.

McFadden wrote that the ruling "will not prevent children from being vaccinated. Nor will it prevent the District from continuing to advertise the importance of vaccines, incentivizing vaccinations, and setting up vaccine clinics in schools. The only impact will be that children will be unable to decide to get vaccinations without their parents' consent."