AOC Says Capitalism Is Not a 'Redeemable System' for Most Americans 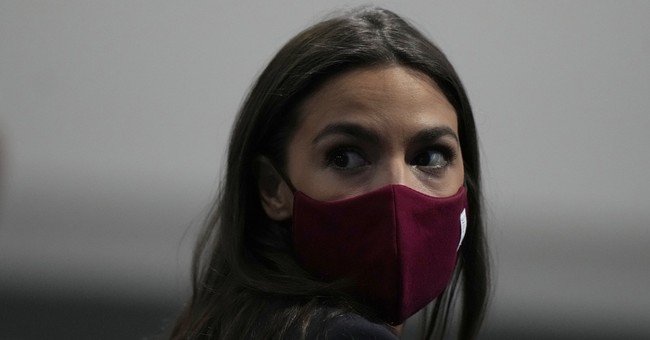 Progressive Rep. Alexandria Ocasio-Cortez (D-N.Y.) said in a recent interview that capitalism is is the "pursuit of profits at all human, environmental, and social cost" and that it is not a "redeemable system" for most people residing in the United States.

Ocasio-Cortez, a member of Democratic Socialists of America, made the comments during an interview with host Andy Serwer on Yahoo Finance's "Influencers."

"I believe that in a broad sense because when we toss out these big words, capitalism, socialism, they get sensationalized," she said. "And people translate them into meaning things that perhaps they don't mean. So to me, capitalism at its core, what we're talking about when we talk about that, is the absolute pursuit of profit at all human, environmental, and social cost. That is what we're really discussing."

The New York Democrat also said that a "very small group of actual capitalists," which she described as wealthy individuals who have such vast amounts of money that they do not need to work to make a living, control America's industries, energy sources and labor.

"They can control massive markets that they dictate and can capture governments," Ocasio-Cortez said. "And they can essentially have power over the many. And to me that is not a redeemable system for us to be able to participate in for the prosperity and peace for the vast majority of people."

“To me, capitalism… is the absolute pursuit of profit at all human, environmental, and social cost.” Rep. @AOC says. “What we’re also discussing is the ability for a very small group of actual capitalists… [to] capture governments. … That is not a redeemable system for us…” pic.twitter.com/U7RS2hkiJs

The first-term congresswoman lauded "alternative ways of doing business" such as worker cooperatives and said that "free markets are not the same thing as capitalism."

"You can have markets where businesses and ways of producing, trading, selling goods are really controlled and not just controlled but giving more power to workers," Ocasio-Cortez said. "People get a fair shake. Union jobs, unionized workplaces, all of these are different steps and levels that we're talking about in a more just economy."