'Not Helping the Conversation': Aaron Rodgers Ripped Biden for Saying 'It's a Pandemic of the Unvaccinated' 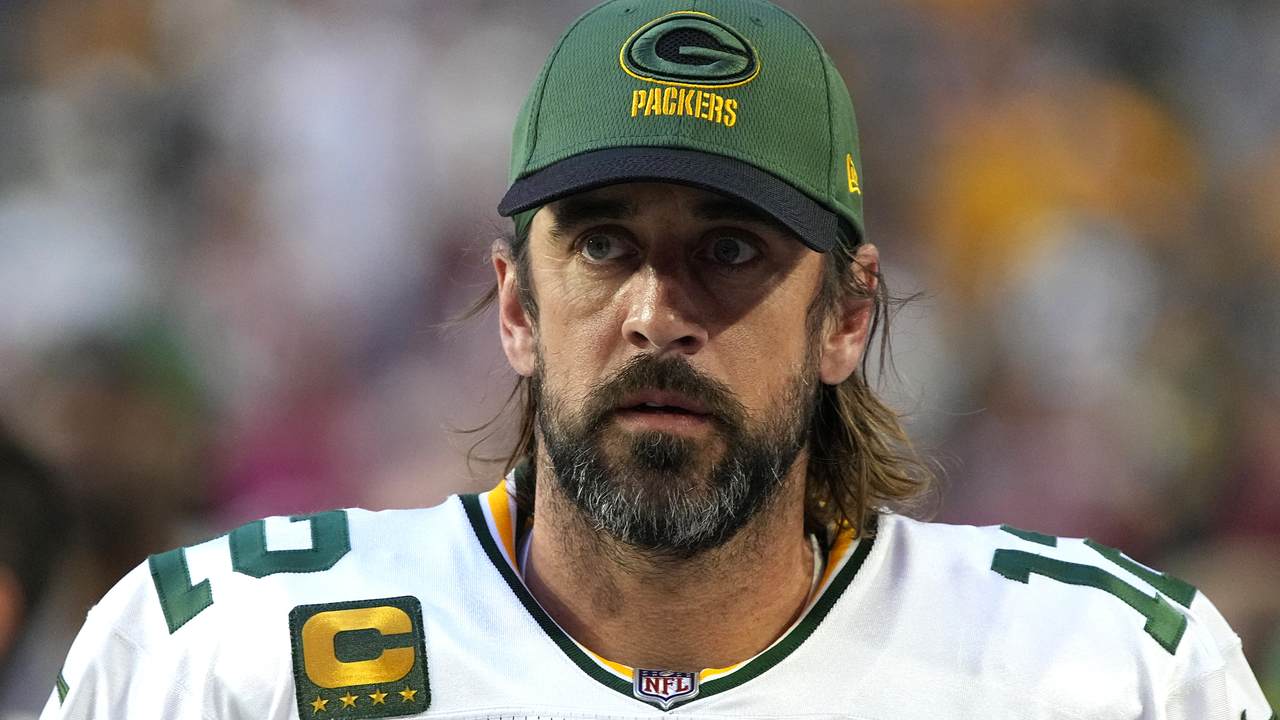 Green Bay Packers quarterback said in a recent interview that President Joe Biden's suggestion that the coronavirus pandemic is a "pandemic of the unvaccinated" is "not helping the conversation."

"When the president of the United States says, 'This is a pandemic of the unvaccinated,' it's because him and his constituents, which, I don't know how there are any if you watch any of his attempts at public speaking, but I guess he got 81 million votes,"  Rodgers said in an ESPN interview published Friday.

"But when you say stuff like that, and then you have the CDC, which, how do you even trust them, but then they come out and talk about 75% of the COVID deaths have at least four comorbidities," he continued. "And you still have this fake White House set saying that this is the pandemic of the unvaccinated, that's not helping the conversation."

ESPN included an editor's note following Rodgers comments that said "The CDC study found that in a group of 1.2 million people who were fully vaccinated between December 2020 and October 2021, 36 of them had a death associated with COVID-19 -- and that of those 36 people, 28, or about 78%, had at least four of eight risk factors."

Rodgers also spoke of his recommendation of podcast host Joe Rogan's interview with virologist Dr. Robert Malone. The quarterback on Jan. 1 urged his Instagram followers to listen to the three-hour interview.

"When in the course of human history has the side that’s doing the censoring and trying to shut people up and make them show papers and marginalize a part of the community ever been [the correct side]?" Rodgers said. "We’re censoring dissenting opinions? What are we trying to do? Save people from being able to determine the validity on their own or to listen and to think about things and come to their own conclusion?"

"Freedom of speech is dangerous now if it doesn’t align with the mainstream narrative?” he continued. "That’s, I think first and foremost, what I wanted people to understand, and what people should understand is that there’s censorship in this country going on right now."

The NFL star highlighted that "terrorists or pedophiles" or "criminals are not being censored on Twitter, but rather, people "who have dissenting opinions about vaccines."

"Why is that? Is that because Pfizer cleared $33 billion last year and Big Pharma has more lobbyists in Washington than senators and representatives combined? Why is the reason? Either way, if you want to be an open-minded person, you should hear both sides, which is why I listen to people like Dr. Robert Malone, Dr. Peter McCullough. I have people on the other side as well. I read stuff on the vaccine-hesitancy side, and I read stuff on the vaccines-are-the-greatest-thing-in-the-world side," Rodgers said.