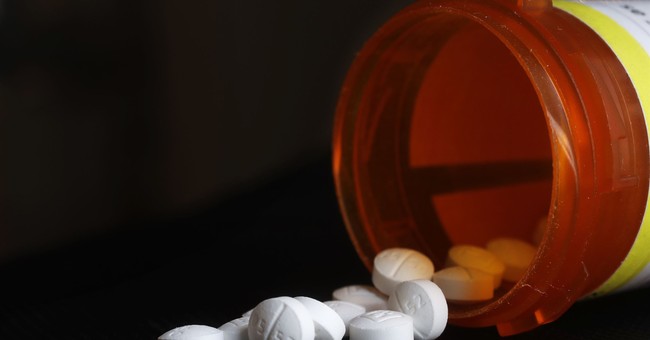 A federal jury in Cleveland on Tuesday concluded that Walgreens, CVS and Walmart perpetuated the opioid crisis in two Ohio counties.

This decision marks the first time the retail pharmacy industry has been held responsible for overdoses and fatalities resulting from the opioid epidemic, which has taken the lives of more than half a million Americans.

The jury found the pharmacy chains helped create a "public nuisance," an argument that has already been rejected twice this month in separate cases against opioid manufacturers.

The Oklahoma Supreme Court overturned a 2019 verdict against Johnson & Johnson, and a California judge ruled Allergan, Endo, Johnson & Johnson and Teva could not be held responsible because they did not have control over how patients used their products.

District Judge Dan Polster will determine how much the companies should pay Lake and Trumbull counties. The plaintiffs are looking to get more than $1 billion for each county,

"For decades, pharmacy chains have watched as the pills flowing out of their doors cause harm and failed to take action as required by law," a joint statement from the plaintiffs' attorneys read. "Instead, these companies responded by opening up more locations, flooding communities with pills, and facilitating the flow of opioids into an illegal, secondary market."

"The judgment today against Walmart, Walgreens, and CVS represents the overdue reckoning for their complicity in creating a public nuisance," the statement continued.

All three companies released statements indicating that they will appeal.

"As plaintiffs’ own experts testified, many factors have contributed to the opioid abuse issue, and solving this problem will require involvement from all stakeholders in our health care system and all members of our community," CVS spokesman Mike DeAngelis said in a statement.

Walgreens spokesman Fraser Engerman said that the case should never have been allowed to be heard before a jury on a "flawed legal theory" he claimed was inconsistent with state law.

"As we have said throughout this process, we never manufactured or marketed opioids nor did we distribute them to the ‘pill mills’ and internet pharmacies that fueled this crisis," Engerman said in a statement. "The plaintiffs’ attempt to resolve the opioid crisis with an unprecedented expansion of public nuisance law is misguided and unsustainable."

Walmart also said it plans to appeal, and argued that the case was "riddled with remarkable legal and factual mistakes."

The Cleveland trial was one of nearly 3,000 federal opioid lawsuits against drugmakers, distributors and pharmacies by local governments that the judge is presiding over.