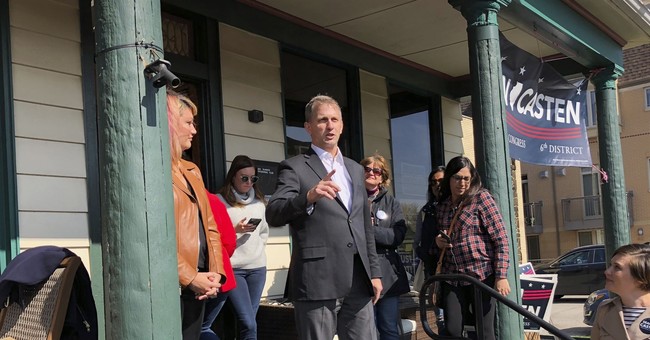 "If you came and said to me, ‘We will pass the CEPP as written but we will exempt West Virginia from it,’ I would take that deal," Casten told POLITICO. Do I think that’s possible? I mean, probably not, but that would be acceptable, right? Because West Virginia is an irrelevant part of our economy."

Outside of Wyoming, West Virginia is the largest coal-producing state in the country, according to the West Virginia Department of Energy. More than 30,000 West Virginians work in the coal industry, as noted by the state’s Office of Miner Health, Safety, and Training.

In 2017, West Virginia's economy added nearly $13 billion thanks to the coal industry, which is around 17 percent of the state's total output, a West Virginia University study found.

Manchin, the Senate Energy Chair, has questioned the need for the CEPP, which looks to incentivize energy companies to produce fewer carbon emissions by providing grants to companies to use renewable energy while also fining those who do not.

The senator has previously argued that the CEPP may not be unnecessary, given that energy companies are already cutting down on emissions, and made the case for coal and natural gas being included under the CEPP’s provisions.

This comes after Casten, a member of the House Select Committee on the Climate Crisis, alleged Saturday in a Twitter thread that Manchin’s skepticism to CEPP is "the proximate issue."

16/ One last note. This started with a NYT post about a certain Senator from WV. And yes, he is the proximate issue. But do not lose sight of the fact that as we sit here today, 52% of the US Senate doesn't give a rat's ass (as a wise man once said). https://t.co/Hv8My9NeOa

Manchin has endured increased pressure from Democrats as negotiations for the $3.5 trillion reconciliation bill continue. He has repeatedly said that he will not vote for the bill at its current price tag and, in a 50-50 majority split in the Senate, Democrats need every senator in their party to vote in favor for it to pass.