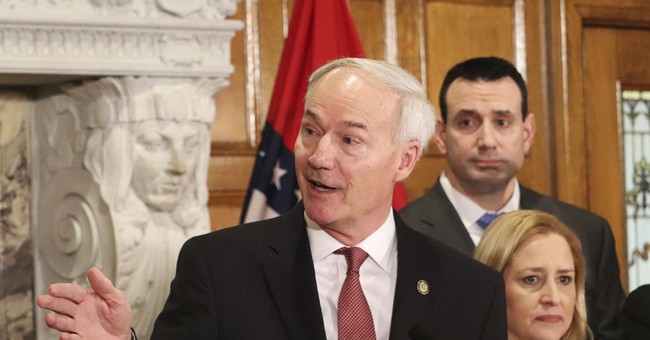 Arkansas Gov. Asa Hutchinson (R) said Sunday that he believes employers should be allowed to mandate COVID-19 vaccinations but emphasized that he is opposed to such requirements being imposed by governments at the federal and state level.

"The states are sometimes coming in and saying, ‘Employers should not have the ability to impose a vaccine requirement on their workers.’ To me, that's the wrong direction as well. It's not practical in terms of creating that debate, but it's not principled either," Hutchinson said during an appearance on NBC's "Meet the Press."

"I am a defender of the employer's right to provide a healthy workplace," he continued. "You would have just as many workers say, ‘I don't want to work there because it's not a healthy workplace, because not everybody's going to be vaccinated.’ The employers are in a tough position. They would have the prerogative to make those decisions and I support that."

Hutchinson highlighted that his issue with mandates only pertains to those enforced by the government.

Last month, President Joe Biden announced that the Department of Labor’s Occupational Safety and Health Administration would require employers with at least 100 employees to mandate that their workers be vaccinated or undergo weekly coronavirus testing.