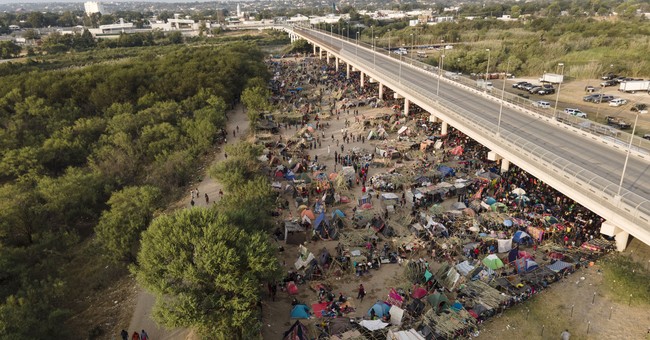 U.S. Customs and Border Protection announced Saturday that a Del Rio, Texas border crossing, which had been closed since Sept. 17, will be reopened.

Starting on Saturday at 4 p.m., people will be permitted to enter the Del Rio port and Commercial trucks will be allowed to drive through beginning 8 a.m. Monday.

The announcement comes after thousands of Haitian migrants were cleared out from under the international bridge they had been camping out under.

The Biden administration has had difficulty handling the border crisis while also enforcing immigration laws.

Texas turned to law enforcement from across the state to help with the migrant surge as federal agents in Del Rio were overwhelmed. Working near the border is not familiar territory for many of these officers.

"Border Patrol agents typically go back and forth to their duty stations, but these guys don't have a duty station," Texas Municipal Police Association Director Kevin Lawrence said Friday, according to the local news outlet.

Lawrence said that, because of this, transplanted officers at times would have to miss out on showers, clean laundry and hot food. Earlier this week, a caravan of TMPA volunteers traveled to Del Rio to try and provide these resources.

The volunteers cooked, gave out clean socks and underwear, and offered ice to the officers cool to help them cool off.

TMPA volunteers will continue to help out in Del Rio until more officers are able to return to their usual positions.