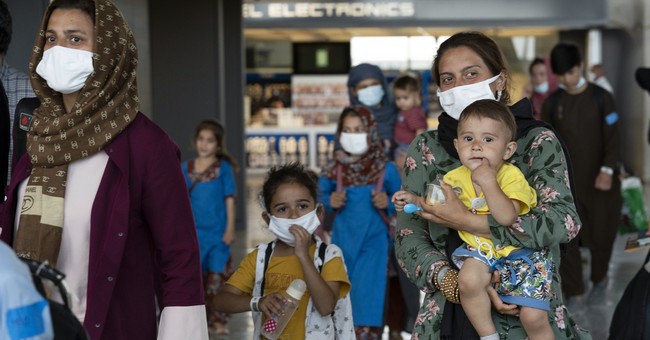 More than 40 Afghan evacuees have been flagged by the Department of Homeland Security in the last two weeks over possible being security risks.

Fifteen of the evacuees were taken to Immigration and Customs Enforcement while 16 others have not been cleared to travel to the United States, according to The Washington Post. Customs and Border Protection is in custody of 13 additional evacuees as they await further screening.

Outside of the 44 flagged, two previously deported Afghan nationals were transferred to ICE and a third is facing deportation after being charged Wednesday with grand larceny by Virginia State Police.

The Biden administration has touted the thoroughness of the vetting of Afghan evacuees despite criticism from Republicans over the fast-tracked process.

A senior administration official told reporters Tuesday that any evacuee who is flagged undergoes additional screening.

“I think it’s fair to say that for those whose initial vetting and screening led to a sense that more vetting and screening, more work, is appropriate, then that work either has continued and reached a point of satisfaction with entry or is continuing,” the official said.

The Department of Health and Human Services also said that the Afghan evacuees include more than 100 unaccompanied minors.

"We are working to ensure that Unaccompanied Afghan Minors who are referred to the Office of Refugee and Resettlement for processing, unification, or placement are placed with licensed care providers that are able to provide culturally and linguistically appropriate services or unified directly with a vetted sponsor, such as a family member who arrived with the minor," a department spokesperson said in a statement to the Washington Examiner.