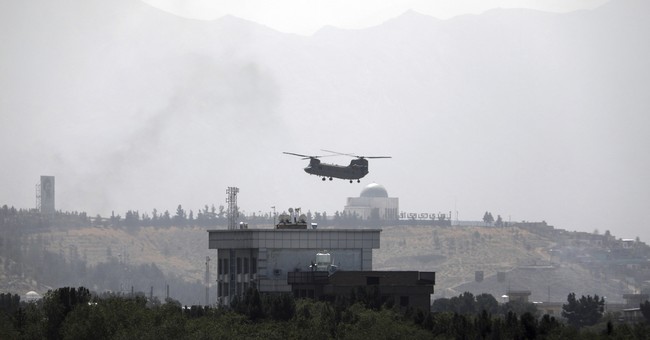 The Pentagon announced Saturday that the United States has begun its final withdrawal of military forces from the Kabul airport in Afghanistan.

Officials did not provide the number of troops that remain in Afghanistan, nor did they say what the final evacuation would look like.

And while the Pentagon did not make clear the process of handing the Kabul airport over to the Taliban, Army Maj. Gen. Hank Taylor, deputy director of the Joint Staff for regional operations, said the airport would be under U.S. control until "the very end."

"We're going to continue run the airport up until the end," Taylor said. "Those details, as they continue to be worked out, will come forward. But right now, we will continue to run that airfield to make sure that we can execute our operations."

Taylor said during Saturday's press briefing that the U.S. has evacuated 6,800 people from the Kabul airport between Friday morning and Saturday morning. A total of 117,000 people, including 5,400 Americans, have been evacuated thus far.

The State Department announced Saturday that around 300 Americans were flown out of Afghanistan over the last day, while approximately 350 are still seeking evacuation. The department has been in communication with an additional 280 Americans but they have not indicated whether they wish to exit the country.

The announcement of a final military withdrawal comes just days ahead of President Joe Biden’s Aug. 31 evacuation deadline that the administration has said will not be extended.

The evacuation crisis became even more dire after a suicide bombing outside of Kabul’s airport on Thursday killed 13 U.S. service members and more than 170 Afghans. ISIS-K has claimed responsibility for the attack.