Female Aide Who Accused Cuomo of Groping Her: 'He Broke the Law' 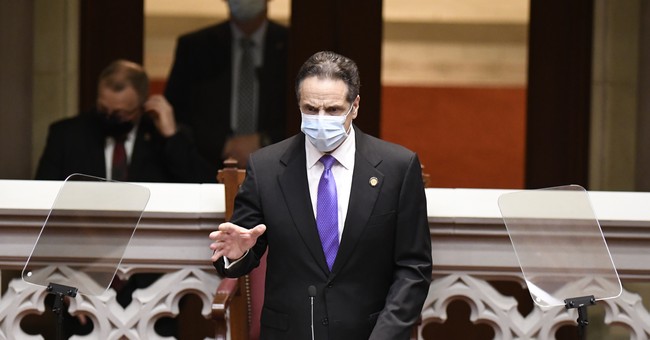 The woman who filed a criminal complaint against Gov. Andrew Cuomo for allegedly groping her said in an interview that "what he did to me was a crime."

In her first public comments since alleging that the governor groped her, the woman told the Albany Times Union and CBS News that Cuomo "broke the law."

This woman is one of 11 women that New York Attorney General Letitia James' Tuesday report found Cuomo sexually harassed, which violated both state and federal law.

The full interview will air 7 a.m. Monday on "CBS This Morning."

The AG report said that this woman accused Cuomo of reaching under her shirt and touching her breast when they were at the Executive Mansion late last year and also rubbed her butt while they were posing for a photo in December 2019. The governor also allegedly kissed her on the lips, cheeks and forehead, and subjected her to close and intimate hugs where he would put his hand on her butt.

Cuomo has denied touching any of his accusers inappropriately, saying Tuesday that he "never touched anyone inappropriately or made inappropriate sexual advances" and that "the facts are much different than what has been portrayed."

Albany County Sheriff Craig Apple said during a Saturday press conference that the woman has filed a criminal report against the governor and that her allegations will now be investigated.

"We've reached out to the Attorney General's office requesting material that could aid in our investigation and that's where we're at today," Apple said.

Cuomo has said he will not resign despite pressure from President Joe Biden, House Speaker Nancy Pelosi (D-Calif.) and other top Democrats.