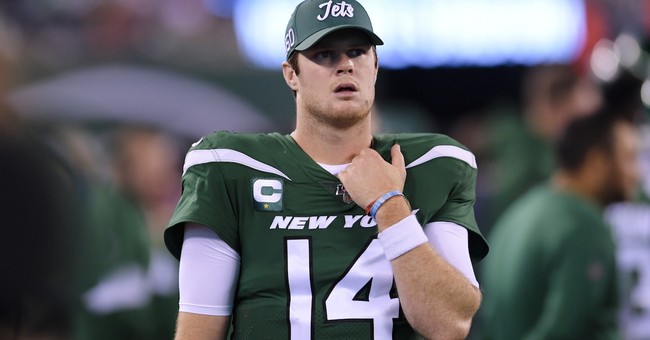 The NFL will be handing out $14,650 fines to unvaccinated players who violate the league's COVID-19 protocol.

This comes after the NFL on Thursday told teams that they would have to forfeit games if outbreaks among unvaccinated players results in them being unable to play.

NFL Commissioner Roger Goodell said in a memo that in such situations, players from both teams would lose money, according to ESPN. He also said that he “retains the authority to impose additional sanctions, particularly if the Covid outbreak is reasonably determined to be the result of a failure by club personnel to follow applicable protocols.”

The league's measures for unvaccinated athletes would include requiring masks and imposing restrictions on the number of people and types of settings they can gather in for social events.

As of Friday, 80 percent of NFL players are in the process of getting vaccinated while nine teams have 90 percent of players looking to get the shot, the Associated Press reported.

Several NFL players have expressed concerns over getting the vaccine and some have even contemplated retirement over the league's coronavirus rules.

"Never thought I would say this, But being in a position to hurt my team because I don't want to partake in the vaccine is making me question my future in the @nfl," Arizona Cardinals wide receiver DeAndre Hopkins said in a since deleted tweet.

"Vaccine I can't do it.......," Tampa Bay Buccaneers running back Leonard Fournette said in a now-deleted tweet.

Dallas Cowboys running back Ezekiel Elliott said that, while he received the COVID-19 vaccination, he does not think other players should be forced into that decision.