McConnell's Refusal to Cave to Trump May Have Saved the Filibuster 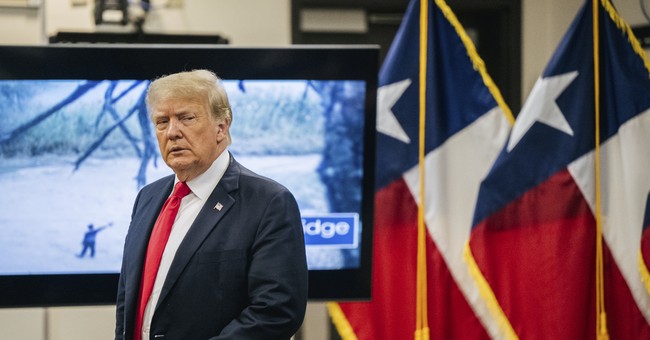 Former President Donald Trump called out Senate Minority Leader Mitch McConnell (R-KY) for not pushing to nix the Senate filibuster during his presidency, but the senator's rejection of Trump's requests ended up helping Republicans in the long run.

In an interview with Vanity Fair, published Monday, Trump criticized McConnell for not making efforts to end the filibuster when Republicans had control of the Senate, calling the Kentucky senator a "stupid person" for not making the move, which would have allowed the Senate majority to pass legislation without any support from Democrats.

“I don’t think he’s smart enough … I tried to convince Mitch McConnell to get rid of the filibuster, to terminate it, so that we would get everything, and he was a knucklehead and he didn’t do it.”

While president, Trump even tweeted his support for getting rid of the filibuster.

McConnell pointed out in March that Trump previously pressured him to end the filibuster but that he refused due to fears that the Democratic Party would push through progressive legislation once they regained the Senate majority.

"I said no. They’re prepared to steamroll the Senate into a majoritarian body like the House, because it inconveniently gets in the way of all they want to do," McConnell told Fox News in March.

McConnell electing not to make efforts to end the filibuster turned out to be a winning move for Republicans now that Democrats control the Senate. Democrats are looking to put an end to the filibuster in order to pass bills with a simple majority.

"I guess I’m just from that far-left school of thought that legislation should pass when a majority of legislators vote for it," Rep. Alexandria Ocasio-Cortez (D-NY) said in a June tweet after Republicans used the filibuster to block a federal voting reform bill despite every Democrat voting in favor of it.

President Joe Biden previously said that he would not support an end to the filibuster but would be in favor of a change to rules surrounding the Senate rule, saying that he would back requiring objecting lawmakers to be on the Senate floor.

In a March interview with Fox News contributor Lisa Marie Boothe, Trump said an end to the filibuster in a Democrat-controlled Senate would be "catastrophic for the Republican Party."