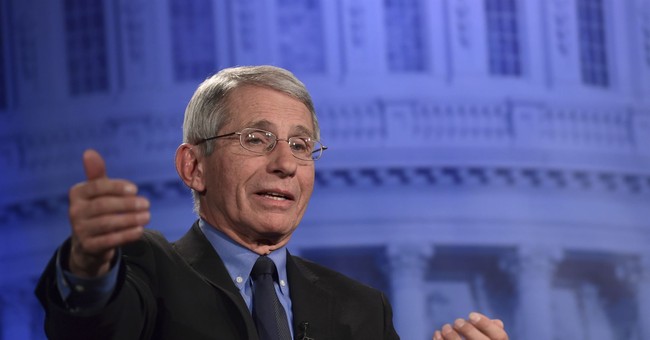 David Daleiden, project lead and founder of The Center for Medical Progress, told Townhall that, in 2019 alone, Fauci's office awarded the University of Pittsburgh $61 million of the $109 million that they received from the NIH for research that included attaching the scalps of aborted fetuses onto the backs of lab rats and mice, an experiment that would not be feasible without the violation of state laws.

"In order to get the intact fetal scalps in the recent Pittsburgh study funded by Fauci's NIAID, the Planned Parenthood abortion doctors supplying the Pitt tissue bank would have needed to use illegal partial-birth abortions to extract the fetal heads whole enough to yield usable scalps," Daleiden told Townhall. "Unless the consent forms told the pregnant patients their babies would be scalped to stitch onto lab rats, the consents are almost certainly invalid through fraudulent omissions."

Pregnant patients are required under law to give consent for research involving their aborted fetuses, according to the NIH. The methods and procedures of an abortion are prohibited from being altered in order to obtain research material such as intact baby scalps. A quid pro quo trade for an aborted fetus is also not permitted under applicable law.

Since 2016, the University of Pittsburgh was granted more than $1.4 million in NIH funding to support a distribution hub for aborted fetal body parts. The school's grant application alleges that the quantity of fetuses they have access to through this hub can be "significantly ramped up."

A grant funded by the NIAID in 2019 worth $430,000 was awarded to the university for fetal research that involved the use of mice and rats to grow the scalps of the aborted fetuses. Photographs show baby scalps with baby hairs on the backs of lab rats.

In April, the NIH reversed a policy implemented during the Trump administration in 2019 that restricted research conducted using fetal matter. The Trump-era restrictions barred government scientists from taking part in fetal research, and grant proposals sent to the NIH by academic institutions were required to undergo a review by an ethics advisory board to determine if the research should be funded.

Pro-life advocates are demanding Fauci be removed from his post as NIAID director for his role in funding illegal procedures, with Students for Life of America President Kristan Hawkins telling Townhall that Americans are "entitled to an NIAID director who is committed to medical ethics and the rule of law."

"The fact that his office approved so much taxpayer funding of this gruesome, inhuman research raises serious questions about the integrity of the NIAID as a whole," Hawkins said. "The reputation of the NIAID is in serious question, and that is directly tied to Fauci’s leadership — or lack thereof."

Daleiden pointed out that Fauci's NIAID office is responsible for ensuring that research experiments utilizing aborted fetal tissue are ethical and in accordance with all laws and regulations, which the NIAID did not confirm was done.

However, in a virtual hearing with the House Appropriations Committee, Fauci told Rep. Andy Harris (R-MD) that the research involving fetal tissue was conducted under appropriate guidelines and oversight, which Daleiden said is grounds for perjury because, as he alleges, fetal research projects at Pitt. had no supervision.

Fauci's comments echoed the University of Pittsburgh's comments to The College Fix last month, in which Kevin Joseph Zwick, a university spokesperson, said that they follow "all laws and regulations governing fetal tissue research."

Beatrice Chen, Vice Chair of the Pitt. Institutional Review Board, is responsible for supervising the university's research experiments that use aborted fetal tissue. However, as she is also the Planned Parenthood medical director in charge of the abortions in Pittsburgh, Chen has a conflict of interest, according to Daleiden.

"There is no separation between the research demand and the abortion practice in any of the Pittsburgh fetal tissue projects as required by federal regulations," Daleiden said of the vested interest.

Daleiden said that, due to Fauci's funding and the disputed supervision of the fetal experiments, lawmakers should press the NIAID director about his involvement in aborted fetal research at Pitt. in order to understand the practices employed by the federal government's top health expert.

"Dr. Fauci should be brought in front of Congress again to answer specific questions under oath about what he and his department knew, and when they knew it, about the barbaric experiments on aborted infants at the University of Pittsburgh, and what "appropriate oversight" means to them for experiments on aborted human fetuses," Daleiden told Townhall.

Fauci's NIAID office did not respond to multiple requests for comment from Townhall.

A 2017 investigation by the Department of Justice and FBI looked into the exchange of human fetal tissue donated to Pitt. and elsewhere for research purposes by women who received abortions. The investigation resumed a probe into Planned Parenthood that occurred the previous year.

Last year, 28 GOP senators called on the DOJ and FBI to investigate the extent of Planned Parenthood’s involvement in fetal tissue sales, accusations that the abortion provider committed infanticide and its alleged abuse of taxpayer Paycheck Protection Program loans.

Daleiden said that "the increasing public awareness of these injustices demands transparency and accountability under the law."

The CMP founder has had his credibility questioned in the past by, among others, Pennsylvania state Rep. Dan Frankel during a hearing last month in front of the Pennsylvania House, and the University of Pittsburgh in a statement to The College Fix, criticism that Daleiden said is not about him, but rather, the practices he is exposing.

"This is not about me, it's about the facts I am reporting from the admitted words and documented writings of abortion industry leaders and government-sponsored academics," Daleiden told Townhall. "People who are paying attention are questioning the credibility of people like Rep. Frankel and Dr. Fauci when they defend partial-birth abortions and baby scalping."