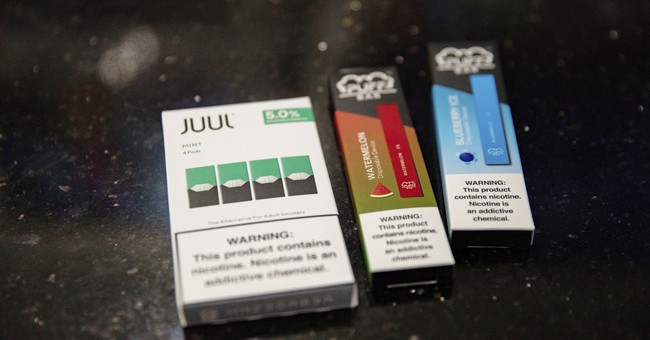 In the video, Brian Everett Anderson, a 19-year-old Black man, is seen with his hands raised, signaling his surrender, before being taken to the ground, tased and kneed in the stomach by law enforcement. He was then hogtied and carried away by police. He was reported to have resisted arrest.

Police said that officers were patrolling the area when they observed a group vaping on the boardwalk and informed them of the local ban. Officers alleged that, as the group walked away, the same teenager started to vape again.

Three more teenagers were tased and arrested during Saturday's vaping crackdown for interfering in the arrest.

Kamere Day, 19, reportedly yelled profanities at the officers and would not adhere to their demands to back away from the scene. He was charged with disorderly conduct, obstructing and hindering, failure to obey a reasonable and lawful order, resist/interfere with arrest and assault second-degree.

John Lewis, 18, reportedly attempted to strike a public safety aide with a bicycle. The teenager was charged with disorderly conduct, failure to obey a reasonable and lawful order, obstructing & hindering, assault second-degree and resist/interfere with arrest.

Khalil Dwayne Warren, 19, was placed under arrest for trespassing after being observed next to two "no trespassing" signs on private property. He was also charged with resist/interfere with arrest.

Police said in a news release that the department acknowledged the viral videos and that they would be examined further.

Our officers are permitted to use force, per their training, to overcome exhibited resistance. All uses of force go through a detailed review process. The uses of force from these arrests will go through a multi-level examination by the Assistant Patrol Commander, the Division Commander and then by the Office of Professional Standards.