Biden Alleges Sinema, Manchin Vote More with Republicans, Data Shows They Side with Democrats 100 Percent of the Time 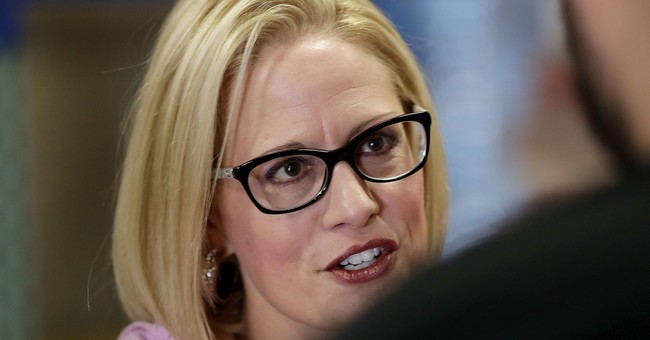 President Joe Biden indirectly called out Sens. Kyrsten Sinema (D-Ariz.) and Joe Manchin (D-W.Va.) Tuesday, alleging that they are preventing Democrats from pushing through election reform bills and making false accusations that they tend to vote more with Republican lawmakers.

Biden said during a speech memorializing the Tulsa Race Massacre:

I hear all the folks on TV saying, 'Why doesn't Biden get this done?' Well, because Biden only has a majority of effectively four votes in the House and a tie in the Senate, with two members of the Senate who vote more with my Republican friends.

Sinema and Manchin are the two moderate Democrats within the evenly divided Senate that have faced criticism for not supporting the more progressive moves the party has looked to push. They have opposed ending the filibuster and an amendment being included in Biden's coronavirus relief bill that would have increased the minimum wage.

However, Biden's assertion that the two senators are what is stopping his election reform bill from moving through Congress lacks merit as such legislation would require 60 senators to vote in favor to avoid a filibuster and clear the chamber, making the votes of the moderate senators less impactful than the president alleges.

Biden's claims regarding the voting records of Sinema and Manchin have been debunked as well, as both senators have voted with the president 100 percent of the time, according to FiveThirtyEight.

The Democrats' federal election reform bill, H.R. 1, known as the For the People Act, which would automatically register voters and change campaign finance laws, was passed by the House in March.

Biden has referred to election reform bills passed in Republican states that aim to protect election integrity as an "assault on democracy" and "Jim Crowe 2.0."