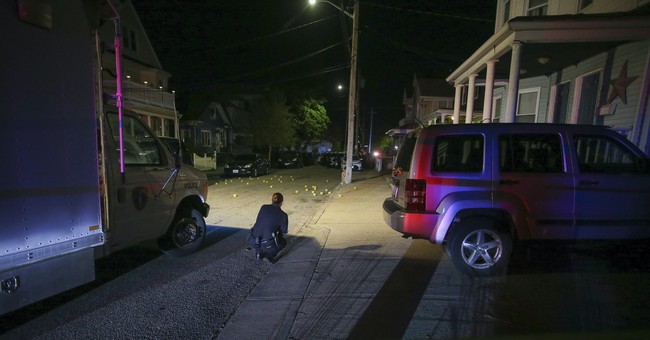 A New Jersey police officer was arrested after a meth lab was found inside his home, prosecutors said.

Police discovered the meth lab in the man's basement after responding to a domestic disturbance call at his home Saturday evening, according to the Monmouth County Prosecutor's Office.

Officer Christopher Walls, who had been serving on the police force for 19 years, was arrested Sunday and suspended without pay.

A New Jersey State Police hazmat team found instruments and ingredients needed to make methamphetamine in Wall's basement and in a shed located on the property, prosecutors said. Police found meth residue and books about making methamphetamine, explosives and poison on the property as well.

A very serious risk to public safety has been averted. It is particularly distressing that this hazard was caused by a sworn law enforcement officer.

Mayor John Pallone said in a statement that disciplinary charges looking to terminate Walls will be made and that the city will not tolerate illegal activity committed by police officers.

An open gun case containing several firearms was discovered as well, which Walls' young child had access to.

Walls faces charges of maintaining or operating a narcotics production facility, manufacturing and possessing methamphetamine, possession of a firearm during the course of a drug offense and endangering the welfare of a child.

Acting Police Chief Rizzuto said, according to the prosecutor's office:

The officers in our agency risk their lives daily to protect and serve our residents. It is disappointing beyond measure that one of our officers could have risked the safety of his family and neighbors by engaging in such dangerous conduct.  This officer’s actions do not reflect the moral compass of our officers or this agency.

If convicted of operating a meth lab, Walls could spend 20 years in prison, prosecutors said.