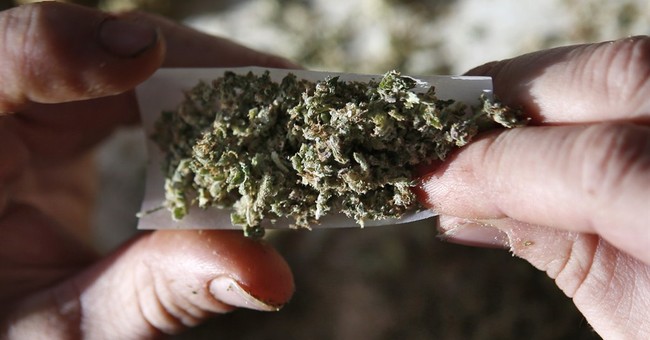 The Attorneys General of two neighboring states, Nebraska and Oklahoma, are suing Colorado in order to have their marijuana legalization policy declared unconstitutional.

"This contraband has been heavily trafficked into our state," Bruning said at a news conference in Lincoln. "While Colorado reaps millions from the sale of pot, Nebraska taxpayers have to bear the cost."

In a policy statement last year, the U.S. Justice Department noted it doesn't have the resources to police all violations of federal marijuana law. It laid out eight federal law enforcement priorities that states need to protect if they want to authorize "marijuana-related conduct." They include keeping marijuana in-state — something Oklahoma and Nebraska says Colorado has failed to do.

That last part is important. President Obama's Department of Justice has refused to enforce federal drug laws in allowing Colorado's legalization to go forward. They've effectively said that they won't follow the laws laid out by Congress when a state effectively tries to nullify those laws.

The Colorado Attorney General declared that he thought the suit has no merit but, if the provision about keeping the drug in-state is to be taken seriously, there might be something to be concerned about. As USA Today reported:

In June, USA TODAY highlighted the flow of marijuana from Colorado into small towns across Nebraska: felony drug arrests in Chappell, Neb., just 7 miles north of the Colorado border have skyrocketed 400% in three years.

A 400% increase in drug crimes might be considered a big deal.