Rand Paul on Ferguson: "Politicians Are To Blame" 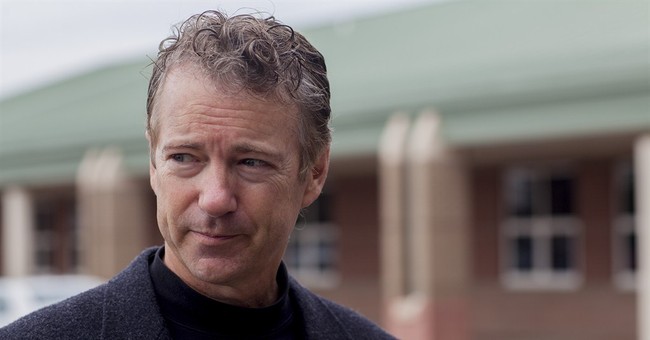 Sen. Rand Paul is perhaps the Republican politician most attempting to create positive change out of the tragedy that occurred in Ferguson, Missouri. He has consistently made the case that it is government dysfunction and mismanagement that created the backdrop for the sense of injustice in the St. Louis suburb.

In an op-ed in Time today, Sen. Paul writes:

In the search for culpability for the tragedy in Ferguson, I mostly blame politicians. Michael Brown’s death and the suffocation of Eric Garner in New York for selling untaxed cigarettes indicate something is wrong with criminal justice in America. The War on Drugs has created a culture of violence and put police in a nearly impossible situation.

In Ferguson, the precipitating crime was not drugs, but theft. But the War on Drugs has created a tension in some communities that too often results in tragedy. One need only witness the baby in Georgia, who had a concussive grenade explode in her face during a late-night, no-knock drug raid (in which no drugs were found) to understand the feelings of many minorities — the feeling that they are being unfairly targeted.

Three out of four people in jail for drugs are people of color. In the African American community, folks rightly ask why are our sons disproportionately incarcerated, killed, and maimed?

African Americans perceive as true that their kids are more likely to be killed. ProPublica examined 33 years of FBI data on police shootings, accounted for the racial make-up of the country, and determined that: “Young black males in recent years were at a far greater risk of being shot dead by police than their white counterparts – 21 times greater.”

Sen. Paul expanded upon this in an interview with Politico:

The Kentucky Republican did say the situation reflects an “undercurrent of unease out there related to poverty, related to drugs.” He added, “I think part of the answer is trying to reform our criminal justice system.”

“If you don’t like your local government … you need to replace them,” he said. And Paul reflected that he exited his October meeting in Ferguson with the feeling that participants had the “sense it was a good idea.”