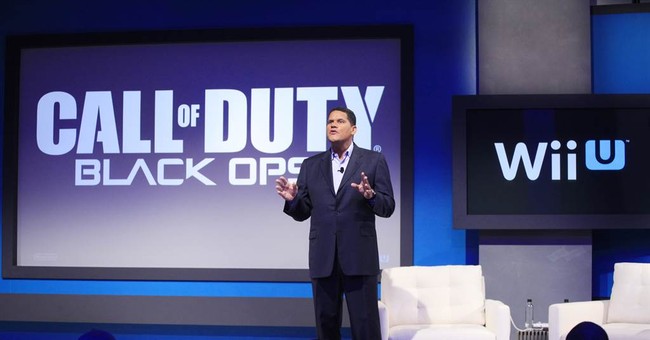 The community of gamers on the internet is in full-blown meltdown, from industry sites to Twitter. It's been dubbed #GamerGate by the Twitter crowd, although the origin of that term is unknown.

Here's the play-by-play: indie game developer Zoe Quinn, creator of the "interactive fiction game" Depression Quest, was revealed to have been in a romantic relationship with Kotaku writer Nathan Grayson. Depression Quest is a game that has received lots of positive coverage, both before and after its release, while attracting criticism from non-professional and non-journalist gamers. These latter gamers, as can be seen on MetaCritic and Twitter, believe that the positive coverage that Depression Quest and other indie games have received is the result of journalists being biased, both individually and systematically, in favor of games that have sociopolitical messages that they want to succeed.

Some of the non-professional gamers have allowed their criticism to dip into uncomfortable territory, posting threats along with the home address of some sociopolitical games critics and pseudo-revenge-porn. This has led to a backlash against "gamers," with a lot of different gaming critics declaring the death of gaming and accusing the non-professional gamers of harboring misogynist views.

Kotaku editor-in-chief Stephen Totilo has updated Kotaku's disclosure requirements and noted that they will be prohibiting any reporting when there's a personal connection. As I noted on The Ed Morrissey Show yesterday, I'm not sure this is the right approach, and while the disclosure of the reporters is the right thing to do, prohibition of any point of view on these issues is not necessarily correct.

We see this problem in the political media. The Los Angeles Times, to pick on one example, is an ostensibly centrist publication where the straight news reporters (not the op-ed writers) are trained in "gold standard" journalism and don't report on issues where there are conflicts of interest. This is how most of the "mainstream media" operates.

We on the political right would argue this has led to a dishonest situation, because there's no such thing as a completely objective human. We all have biases, and it would be better for news consumers if, instead of trying to hide those biases, we put them front and center so that readers know where we're coming from. Prohibiting games journalists from having a personal stake in certain projects via Kickstarter or Patreon would just enable cheerleader-journalists to hide behind a veil of objectivity when they actually do have an agenda. There are more ways than financial for a journalist to invest in a project.

I'm not sure if the LAT has a policy on political reporters voting in elections, but a political reporter generally aligned with the Democratic party is at least as intellectually compromised as a games journalist donating a few bucks here and there to favorable indie developers. What’s better: the MSM journalists feigning objectivity, or the journalists like those at Slate or Reason who will tell you where their biases lie?

Games journalism is a relatively new industry compared to other specialties, like politics - and political journalists are far, far from solving the problem of bias in their industry. They’ve done what some, like Totilo, are advocating - pretending like a financial or personal relationship is the only thing that could bias a journalist. A more honest method would be to allow journalists to donate where they want, but to have them always tell their audience where their loyalties lie.

On the other end of the spectrum, game developers and journalists do have a point about the reaction of the non-professional gamers. The angry, hyperbolic, sometimes dangerous reaction of the gaming consumption community is troubling. Anecdotally, it takes only five minutes in a first-person shooter online lobby to understand why. The gamers involved seem to be in perpetual competition to see who can hurl the most vile insults at each other. It’s not an environment I’d want to expose my mother, wife, or daughter to. One might say that if a woman can’t handle that kind of environment, they should voluntarily stay away; but that’s precisely the point. A certain segment of the gaming community endeavors to make women feel as unwelcome as possible.

And certainly, we can all agree that posting private information and photos, combined with violent threats, is out of bounds. This is something that all gamers should band together to condemn more strenuously than the minor crime of biased journalism.

The business about “the death of gamers” paints with far too broad a brush. Gamer culture is wide and varied, and it’s not all about mindless violence and the exclusion of unfavorable groups. But some of the most abhorrent voices can be the loudest - and this can indeed be a major problem in gaming.

It’s clear that there’s a growing disconnect between what the average gamer wants to buy and play and what the professionals in the gaming journalism industry want to cover. We could be seeing a split along the lines of what has happened in the movie industry. Professional critics are interested in arthouse film, not blockbusters - compare the coverage that Richard Linklater’s quasi-experimental film Boyhood received this summer with Michael Bay’s Transformers movie. We can analogize Call of Duty with Transformers, and Depression Quest with Boyhood. Highbrow indie movies aren’t everyone’s cup of tea; judging by box office receipts, they don’t really hit the mark with wide audiences in general. While some people complain about movie industry journalists, it’s more or less accepted as a fact of the industry: those writers will be much more interested in the highbrow films with a narrow audience than the broad-based films that drive box office receipts.

Gaming journalism and gaming culture can change to accommodate a wider audience, as well as an audience more divided between those buying and playing the blockbuster games and those attracted to niche indie games. Every criticism of the gaming industry as it has existed to this point needn’t be escalated to an attack on the institution of gaming itself. It may be we’re simply nearing an inflection point, like the movie industry reached, in which gaming journalists are expected to focus on smaller games with sociopolitical messages rather than the blockbusters that really drive the industry. It may not be really fair, but when considering how other, more established industries operate, it’s probably to be expected.