"These Are Not the Signs of a Healthy Recovery" 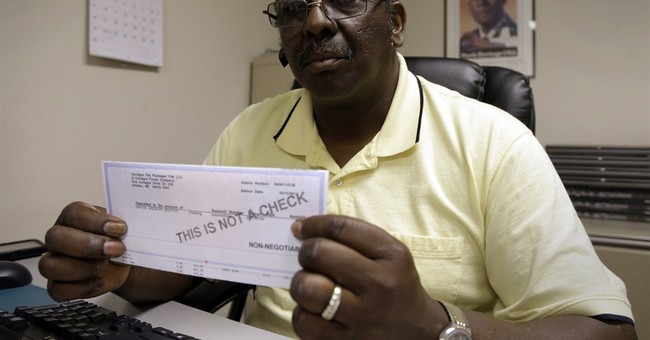 In the wake of Friday's June report from the Bureau of Labor Statistics on unemployment, Rep. Kevin Brady and the Joint Economic Committee put out a depressing chart that Brady says shows a stagnating economy.

Brady said, "the economy is still stuck in low gear, and President Obama has failed to deliver."

The statistics are undeniable. 2.2 million fewer people employed and 1.6 million fewer private sector jobs than when the recession began. A $1.2 trillion gap in real GDP compared to the average post-World War II recovery. Since the recession ended the percentage of adult Americans that are employed has actually declined. The decline in the unemployment rate is largely a mirage driven by people dropping out of the labor force, not because people have found jobs.

While the employment-to-population ratio is not the only important economic indicator, it's a valuable point of reference - especially since the workforce didn't grow significantly. It would be one thing if workers who had formally left the workforce were returning. But the size of the labor force has been stagnant for a long time now.

Despite this, there are small signs of optimism. As Joseph Lawler reported Friday:

Although the Fed looks at a number of economic indicators rather than just one employment situation report, traders are likely to anticipate that Friday’s relatively favorable labor market data means that the Fed will withdraw support sooner, mitigating the boost to stocks from the good news.

“I’d love to get to the point in the market where good news is good news,” Art Hogan, a managing director at Lazard Capital Markets, told CNN. “But I just don’t think we’re there yet.”

Indeed, the markets didn't turn bearish over yesterday's jobs report. As I wrote yesterday, it's largely a status quo economy - sputtering along, improving a little bit, but still lacking a significant spark to truly return us to a pre-recession economy.