How to Fix the Farm Bill 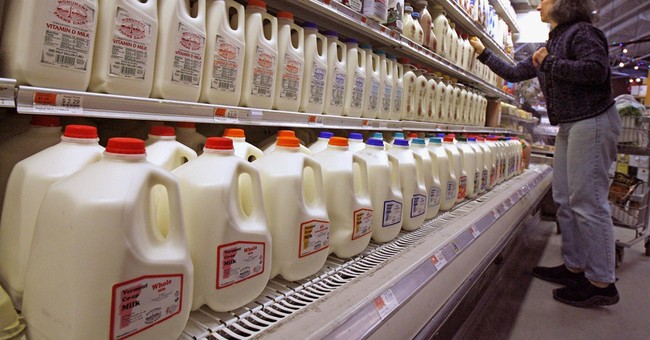 The Farm Bill is a mess. Every five years the massive spending proposal comes up for renewal; every five years Congress delays and hems and haws; and every five years another massive pork-filled farm bill passes. As Veronique de Rugy documented for the Mercatus Center, farm "support" (subsidy) programs carry a staggering cost:

The Heritage Foundation took up the cause of fixing the farm bill - and including ending farm subsidies, they've got six easy ways that the House of Representatives can fix the broken process and bring sanity to America's agricultural policy:

1. Separate Food Stamps from Farm Policy
2. Do Not Add New Programs
3. Do Not Add Costs to the Most Expensive Farm Program
4. Make Sensible Reforms to Crop Insurance
5. Do Not Artificially Drive Up Food Prices: Repeal the Dairy and Sugar Programs
6. Convert Food Stamps into a Work Activation Program

Numbers two and three on Heritage's list express a huge priority for farm bill reformers: first, don't make it any worse! Each farm bill reauthorization cycle, there are members of Congress hungry to placate special interests at every turn. Before the farm bill gets better, it has to stop getting worse.

Separating out the food stamp program from the farm bill is also imperative. Food stamps are a politically potent program that often spurs members of Congress to vote for the rest of the farm bill without much thought. It would be more accurate to say that the farm bill is a massive food stamp bill with some agricultural policy attached. Disentangling the two is necessary.

Thankfully, the House of Representatives voted down a straight-up reauthorization of the farm bill. Congress will have a chance to work to actually improve this very dysfunctional piece of legislation. The American people have to keep up the pressure on leaders in Congress in order to have some hope of fixing the process.